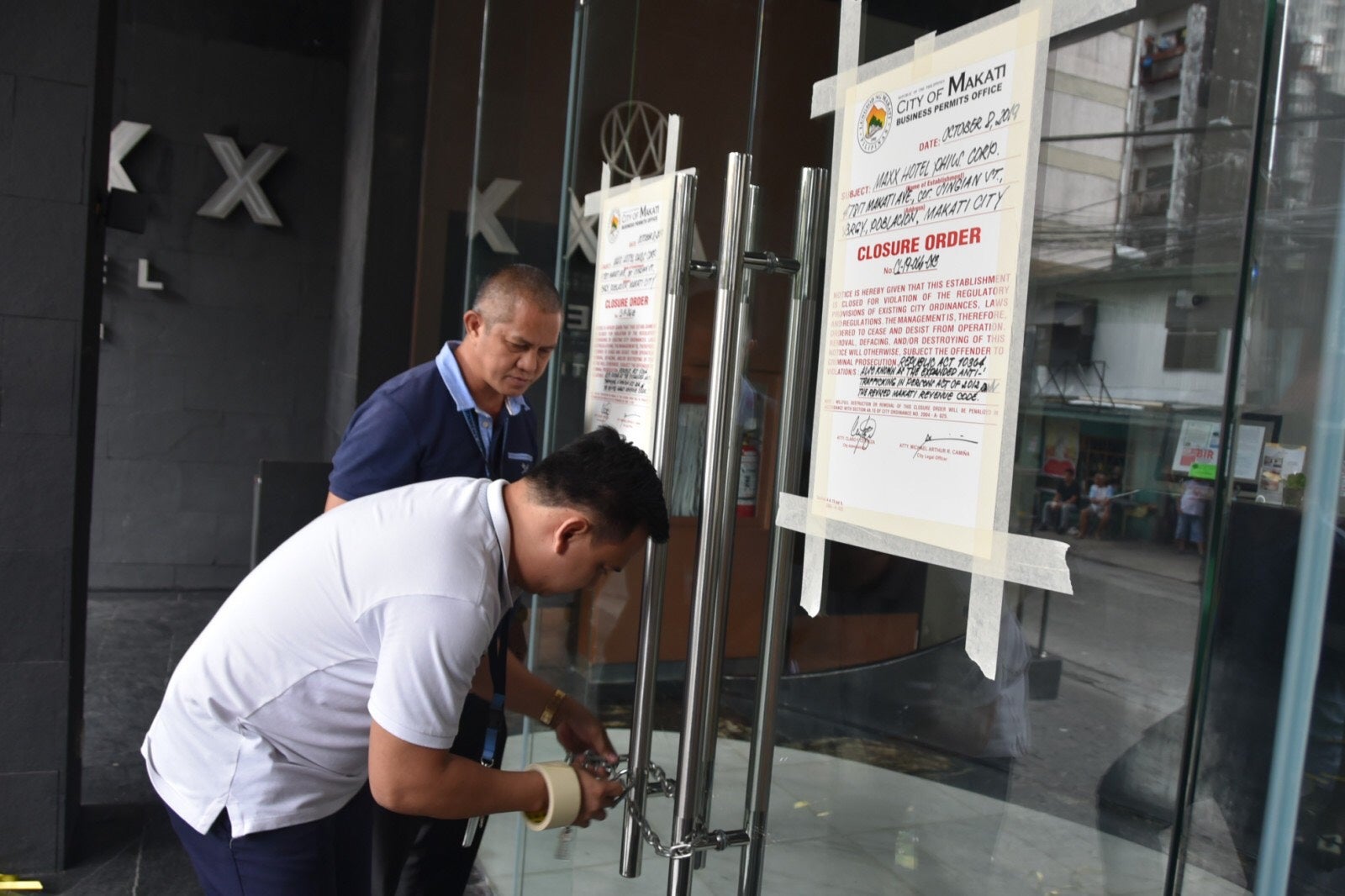 MANILA, Philippines — The Makati government on Tuesday shut down a local hotel for alleged human trafficking after police found that the establishment was engaged in prostitution.

Makati City Mayor Abby Binay ordered that the hotel must be shut down for violating Republic Act 10364 or the Expanded Anti-Trafficking in Persons Act of 2012.

On Monday night, Makati City police launched an entrapment operation at the hotel after receiving a tip from an anonymous informant that the establishment was being used as a prostitution den.

The operation led to the arrest of 21 Chinese men and rescue of more than 30 Chinese women. /je