TORONTO – The leading candidate to replace Justin Trudeau as Canada’s prime minister attacked him during the second debate of the campaign, calling him a phony and fraud who can’t even recall how often he’s worn blackface. 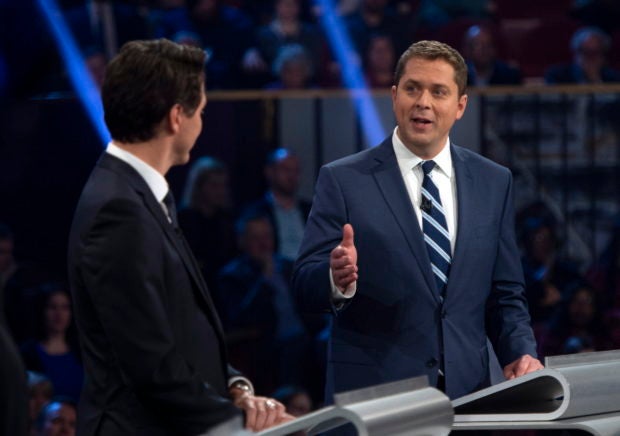 The blackface controversy surfaced last month when Time magazine published a photo showing the then-29-year-old Trudeau at an “Arabian Nights” party in 2001 wearing a turban and robe with dark makeup on his hands, face and neck.

Trudeau was dressed as a character from “Aladdin.”

Trudeau said he also once darkened his face for a performance in high school. A brief video surfaced of Trudeau in blackface as well. /gsg