SAO PAULO – Brazil’s environment minister says more than 100 tons of oil has been spilled along the northeastern coast since the beginning of September. 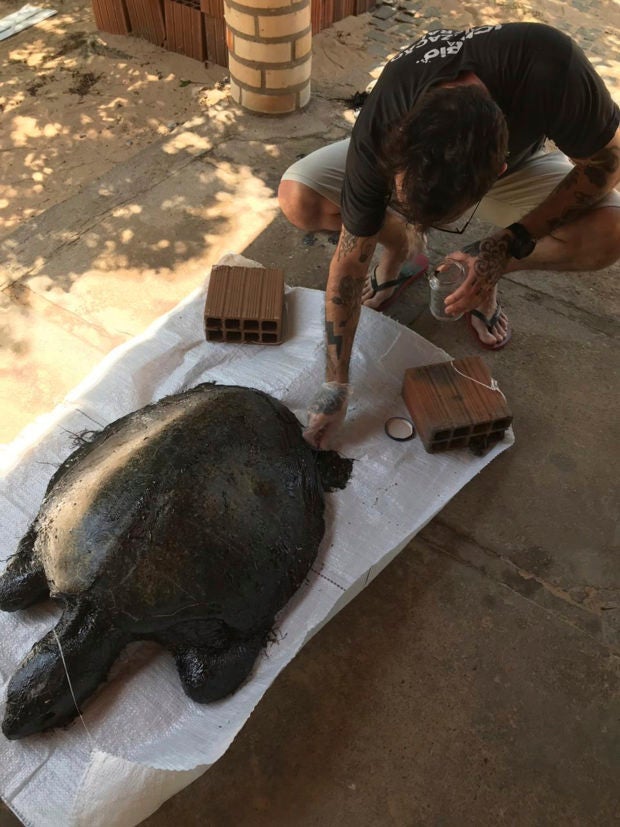 In this Sept. 22, 2019 photo released by Instituto Verdeluz, a person of the Jericoacoara National Park examines a dead turtle covered with oil in Jijoca de Jericoacoara municipality, Ceara state, Brazil. Brazil’s main environmental agency said Thursday it has detected 105 crude oil spills from an undetermined source polluting the waters of the country’s northeast coast this month. “So far there is no evidence of contamination of fish and crustaceans,” the institute said, though it said the spills had killed seven sea turtles. (Instituto Verdeluz via AP)

Ricardo Salles said Monday on Twitter that 42 cities have been affected by the spills. He did not say how he reached those figures.

Brazilian police are investigating the origin of the oil, which has killed at least seven turtles and forced swimmers and fishermen to stay away from contaminated areas.

Brazilian President Jair Bolsonaro is expected to receive a preliminary assessment on the spills this week. /gsg