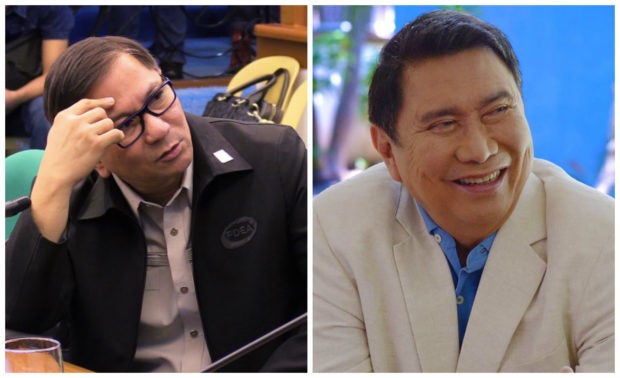 Aquino was reacting to a column of broadcaster Ramon Tulfo published October 3 at The Manila Times. In his column, Tulfo, who is President Rodrigo Duterte’s special envoy for public diplomacy to China, said two 40-foot container vans, which according to his sources contained “shabu,” arrived at MICP from China in January but have not been taken out. He also said that according to his sources, PDEA was tipped off about the container vans but did not act on the information.

In a statement on Monday, Aquino said the container vans only had insulating conductors and ukay-ukay clothing (used clothes).

He also said physical examination on the container vans bearing number WHLU5559440 with Bill of Lading Number 0229A01132 under WanHai Lines Ltd. yielded a negative result for the presence of illegal drugs.

The PDEA chief added he was surprised about Tulfo’s column alleging PDEA ignored the tip on the suspected contraband.

According to Aquino, the containers arrived at MICP on January 25, 2019, under WanHai Lines Ltd. of Taipei, Taiwan, and consigned to Tapnatch Freight International.

“I just would like to clarify that PDEA did not ignore the tip. PDEA and other law enforcement agencies share information on drug smuggling and transactions,” Aquino pointed out, adding that PDEA will conduct an immediate probe on the matter. /kga