Salceda to Lacson: Opposition ‘probably’ did ‘sloppy work’ on 2020 budget 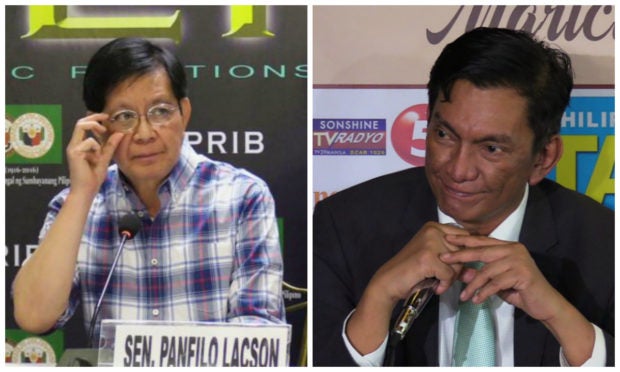 Salceda said that if the senator sees the General Appropriations Bill (GAB) the lower chamber passed as “cut and paste” from the original National Expenditure Program, which the Department of Budget and Management submitted to Congress, then the opposition members should be blamed.

“Is 30 days equivalent to sloppy work? I don’t think so… The House did a good job. It’s probably the opposition that did sloppy work,” the congressman said in an interview, adding that the House conducted a “systematic deliberation of [the] budget.”

But ACT Teachers Rep. France Castro, a member of the Makabayan opposition bloc, denounced Salceda’s claim, saying they exposed the huge cuts in the budget of the education, health, and housing sectors, as well as the increase in the funding of the Office of the President’s intelligence and confidential funds.

“The administration and the Lower House that it dominates are the ones responsible for the 2020 budget, the approval of which they ran through the House last month with as little scrutiny and public proceedings as possible,” Castro stressed.

Lacson, an anti-pork-barrel crusader, earlier claimed that a P15 million project for road improvements in Cagayan Valley under GAB would “indicate sloppy work.”

“Initially, I look at it as sloppy work, since it appears to be ‘cut and paste’ from the original request as submitted by the proponent. Obviously no vetting was done at all,” he added.

The senator, meanwhile, said there might be no need for a bicameral conference on the budget bill if the House indeed realigned only P9.5 billion to various agencies.

Salceda, chair of the House ways and means panel, said they would respect the decision of the Senate.

The pro-administration congressman also quipped that essentially, “the President won” in the proposed budget that the House passed.

After a swift one-month deliberation, the House passed the expenditure plan last September 20 and transmitted it to the Senate last October 1. /kga