The survey, conducted from September 16 to 22, revealed Duterte got a 78 percent approval rating in September, down by seven percentage points from his June 2019 rating.

His trust rating also fell 11 percentage points to 74 percent in September from 85 percent in June. 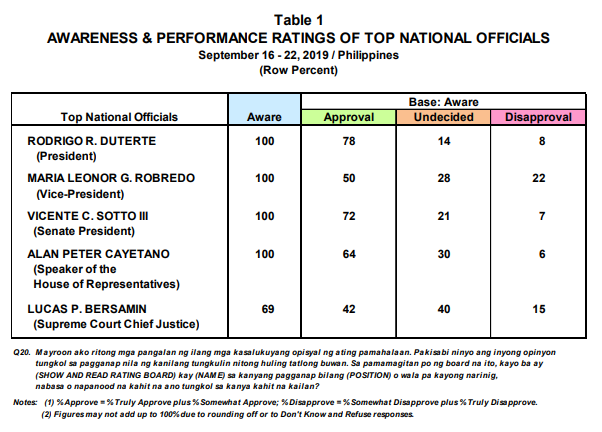 Meanwhile, Vice President Ma. Leonor “Leni” Robredo got a 50 percent approval rating and a 46 percent trust rating in the latest Pulse Asia survey. She also suffered a decline of five and six percentage points, respectively, compared to her June 2019 ratings. 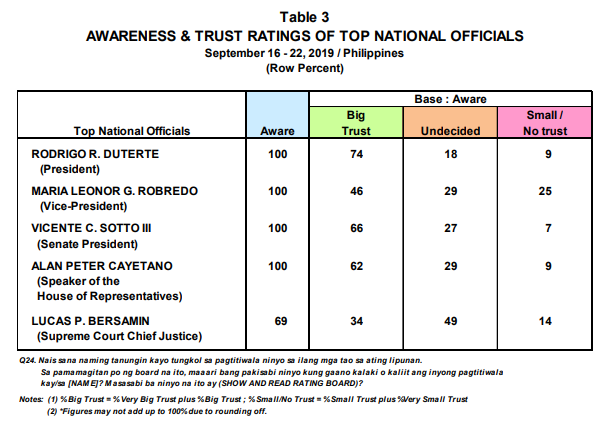 The September survey used face-to-face interviews with 1,200 respondents aged 18 and above, according to the polling firm.

Pulse Asia said it has 95% confidence in the survey results with an error margin for nationwide results of ±2.8 percent, and ±5.7 percent for Metro Manila, the rest of Luzon, Visayas, and Mindanao.  /kga