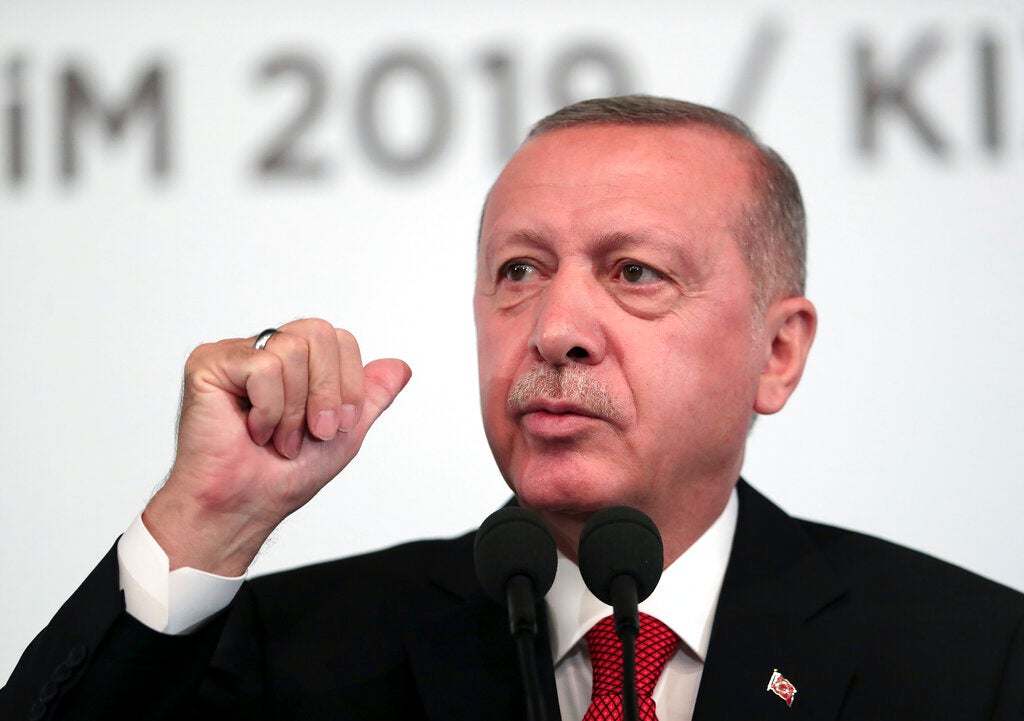 ANKARA, Turkey — Turkey summoned a top American diplomat Sunday after the U.S. Embassy’s official Twitter account “liked” a tweet that said the people of Turkey should prepare for a political era without the leader of Turkey’s national party, who is reportedly ill.

The Foreign Ministry said the U.S. charge d’affaires Jeffrey Hovenier was summoned despite an embassy statement that said its Twitter account had liked “an unrelated post in error,” and apologized.

Many interpreted the tweet as suggesting that the nationalist leader Devlet Bahceli could soon die. The tweet was posted by a journalist Turkey accuses of having links to a network led by a cleric who is blamed for a 2016 failed coup attempt. Turkish media reports say the journalist, Ergun Babahan, is wanted in Turkey.

The tweet drew ire from President Recep Tayyip Erdogan’s ruling party and as well as Bahceli’s party, which are allies. Turkey’s main opposition party also said it regarded the embassy’s move as an insult to Turkey’s parliament.

The embassy issued a second apology after Hovenier was called to the Turkish Foreign Ministry.

“We do not associate ourselves with Ergun Babahan nor do we endorse or agree with the content of his tweet,” the embassy’s second apology read. “We reiterate our regret for this error.”

The incident occurred at a time when ties between Turkey and the U.S. are strained over Syria policies. Turkey is accusing Washington of not acting fast enough toward the creation of a so-called safe zone in northeast Syria that would keep U.S.-backed Syrian Kurdish fighters away from the Turkish-Syrian. Disagreements remain on the size of the zone.

Erdogan has threatened a unilateral intervention to drive away the Kurdish fighters.

During the call late Sunday, the Turkish leader “shared with President Trump his frustration over the U.S. military and security bureaucracy’s failure to implement” an agreement toward the creation of the zone, according to a statement from Erdogan’s office.

Erdogan also told Trump that the creation of the safe zone was key to eliminating the threat posed to Turkey by the Kurdish fighters and would allow for the return of Syrian refugees, the statement said.