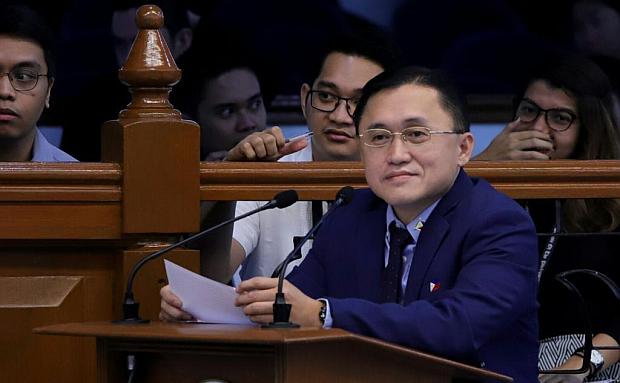 MANILA, Philippines — The Malasakit Center Program won’t discriminate against anyone. It’s open to serve all Filipinos.

Sen. Christopher Lawrence “Bong” Go stressed this on during the interpellation period for Senate Bill No. 199 — the proposed Malasakit Center Act of 2019 — which he sponsored on Tuesday, Oct. 1.

[Won’t this bill change the process of my office in giving help to those in need?]

Asked whether patients could still directly go to the offices of concerned agencies despite the existence of Malasakit Centers, Go said they could.

The senator also pointed out, however, that it might be more convenient for patients to seek assistance at Malasakit Centers since these would be already inside hospitals.

[There’s no need to spend on transportation. Why would they have to go to the Philippine Charity Sweepstakes Office, when it’s the office is already there?]

As Go pointed out during the interpellations, there are currently 18 hospitals run by the Department of Health (DOH) and 24 hospitals run by local governments that all have Malasakit Centers.

Drilon then asked if the 24 locally-run hospitals — those run by municipal, city, or provincial governments — would be covered by the provisions of the bill.

Go said the 72 hospitals run by the DOH would be prioritized. But criteria would be set for LGUs that would want to set up their own Malasakit Centers to ensure that these would be consistent, sustainable and fully operational.

“If they will not follow the standards, they cannot use the name Malasakit Center,” Go said.

Responding to Drilon’s request, Go also detailed the process of availing services at the centers, saying that he was also planning to establish a similar office in the Public Assistance Center of the Senate.

[For example, the four agencies of government are already there. Same process, no selectivity, Our target here is zero balance.]

Drilon also wanted clarifications of Section 5 of the proposed measure that seeks to establish a Malasakit Center Program office in the DOH by “augmenting, reclassifying and strengthening the Public Assistance Unit of the DOH.”

According to Go, the said unit of the DOH needs to be converted as it has limited personnel.

“Currently, the Public Assistance Unit of the DOH only has three plantilla positions. It is just apt to convert the unit of the office,” he said.

He also said that the Department of Budget and Management (DBM) has expressed support for the creation of the office in the DOH.

“It will also oversee the operations of the Malasakit Centers. This will require additional personnel,” Go said. “I have talked to the DBM and they have submitted a position paper indicating support for the creation of the office. We will just hire new social workers to provide service.”

Asked whether the PCSO would need to provide funds to the Malasakit Centers, Go said that the centers would not get money from the agency.

“The discretion of giving assistance to the patients would not have to pass through the Malasakit Center. It would be direct from the representative of the PCSO, depending on the availability of funds of the PCSO,” he said.

Go also said that he was seeking to institutionalize Malasakit Centers because some offices still lacked personnel.

Meanwhile, Hontiveros said during the interpellations that she “fully supports interventions that seek to reduce the out-of-pocket health expenditure of all Filipinos.” But she wanted to clarify some things regarding the proposed measure, particularly if the PCSO still had sufficient funds to provide assistance.

[The PCSO contribution to the UHC would not be taken.]

Hontiveros asked whether the measure would, in any way, amend or supersede Section 37 of the UHC Law and reallocate what had already been appropriated in the said measure to fund Malasakit Centers.

“No, walang gagalawin na pondo o kontribusyon ang Malasakit Center. The bill will not amend the UHC law. It will complement the law,” Go assured.

[No, the Malasakit Center will nto touch any funds or contributions. The bill will not amend the UHC law. It will complement the law.]