Initial recount to resolve whether or not election protest will continue
By: Neil Arwin Mercado - Reporter / @NAMercadoINQ
INQUIRER.net / 02:17 PM October 06, 2019 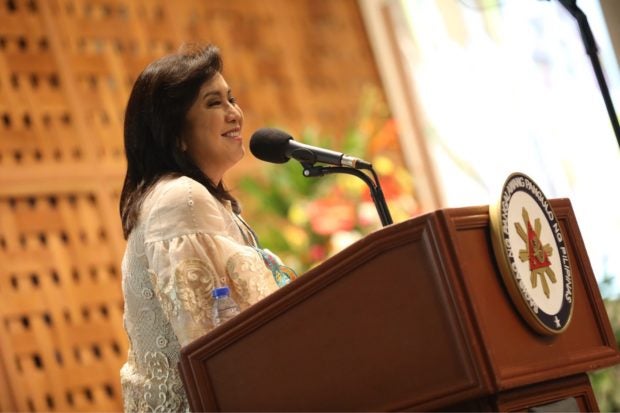 Robredo’s lead counsel Atty. Romulo Macalintal said this Sunday, explaining that the decision on the initial recount of ballots from the three pilot provinces (Camarines Sur, Iloilo, and Negros Oriental) will only resolve whether or not the election protest of Marcos will continue.

“If the PET says that Marcos has made a substantial recovery, then the PET will rule that the protest shall continue, insofar as the ballots and/or election returns questioned by Marcos from 22 remaining provinces and 5 highly urbanized cities,” Macalintal said.

“In which case, Robredo remains as Vice President pending recount of ballots or returns from said 22 provinces and 5 HUCs,” he added.

Meanwhile, if PET rules that Marcos was unable to gain any “substantial recovery” from the recount of ballots from his three pilot provinces, then his protest will be dismissed.

“Thus, whatever will be the forthcoming resolution or decision of the PET, VP Leni remains as Vice President,” the lawyer said.

Robredo beat Marcos in the 2016 vice presidential elections by over 260,000 votes.

Marcos questioned the results of the elections and filed an electoral protest as he claimed irregularities in thousands of election precincts in the provinces of Iloilo, Negros Oriental, and Camarines Sur.

The results of the examination of ballots from the three provinces have been submitted to the Supreme Court sitting as the PET. /je

ADVERTISEMENT
Read Next
Xi and Kim hail ‘immortal’ China-North Korea relationship
EDITORS' PICK
COVID-19 has infected more than 69,000 people globally
Xi’s early involvement in virus outbreak raises questions
The Najima Drive: Nissan’s MD drives #GoAnywhere adventures in new video series
Can Your Brand of Meat Be Trusted? Here’s How to Know You’re Eating Safe Meat
COVID-19 screening checkpoints remain for those going to Boracay
Can travel make you fall in love?
MOST READ
2,000 iPhones given for free by Japanese gov’t to passengers stuck on ship due to coronavirus
WATCH: Sarah Geronimo dances ‘fierce’ version of ‘Tala’
COVID-19 has infected more than 69,000 people globally
NBA loses ‘hundreds of millions’ in China over Hong Kong tweet
Don't miss out on the latest news and information.