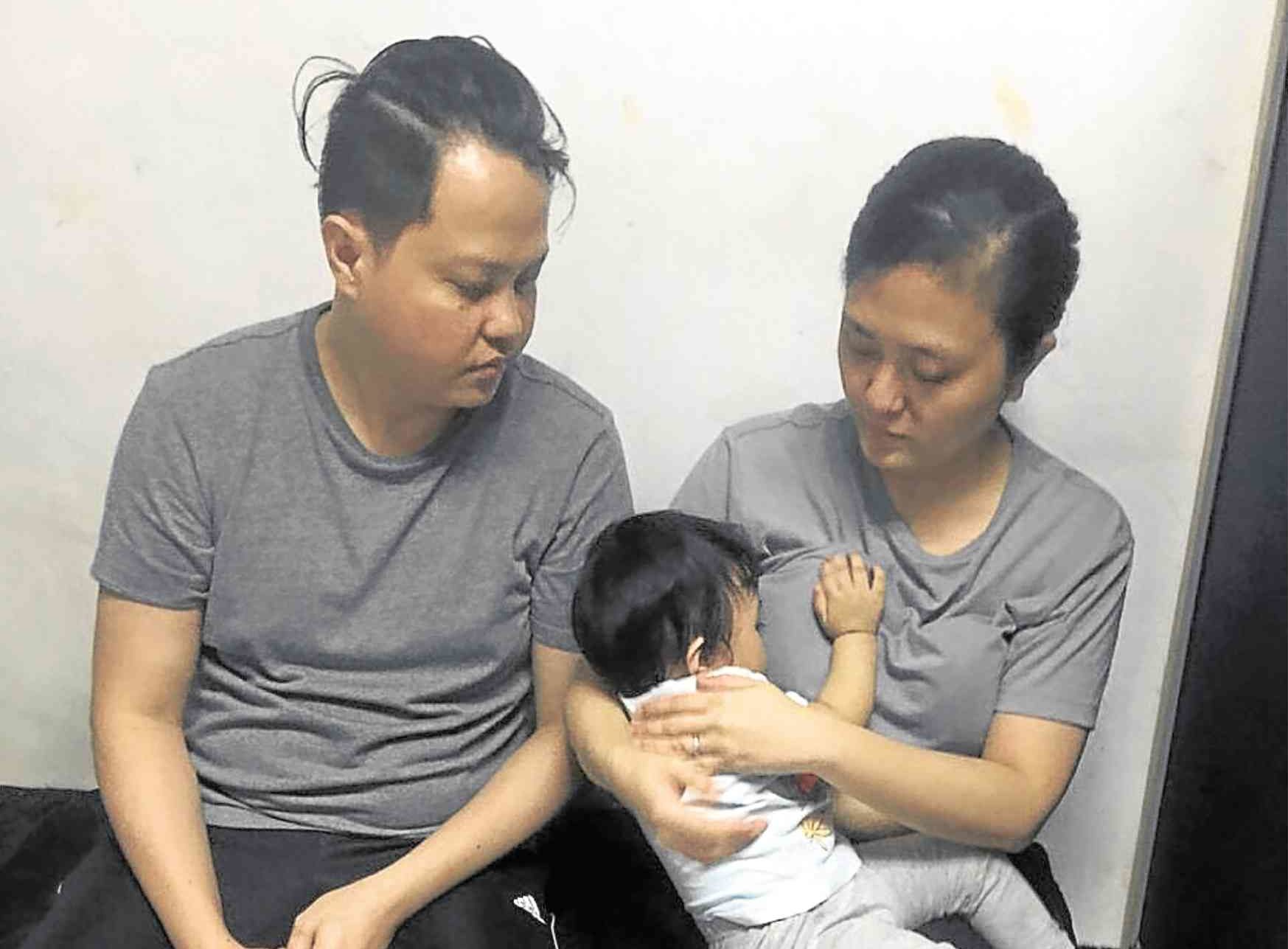 FAMILY WEEKEND Liezel Santos de Leon and Edwin Roberto had to care for their months-old baby in jail after failing to raise bail.

MANILA, Philippines — Unable to raise money for their bail, Liezel Santos de Leon and Edwin Roberto, the two former dialysis clinic employees who blew the whistle on a scam that allegedly defrauded Philippine Health Insurance Corp. (PhilHealth), but were arrested on estafa charges on Thursday after being dropped from the Witness Protection Program (WPP), are spending the whole weekend in jail.

Their lawyer, Harry Roque, said De Leon had no choice but to breastfeed her 9-month-old baby behind bars. Roberto is the father of De Leon’s baby.

“But of course the baby can’t stay overnight,” Roque, a former congressman and spokesperson of President Rodrigo Duterte, told the Inquirer.

De Leon and Roberto are detained at Station 4 of the Quezon City Police District in Novaliches but they have yet to raise the P1.22 million bail bond required — P610,00 each — for their provisional liberty.

But they have “no regrets” in exposing the scam that allegedly saw their former employer, WellMed Dialysis Center, defraud PhilHealth of millions of pesos by filing claims for dialysis patients who were already dead.

Roque said that with the help of civil society groups, he had raised P150,000.

“They know that this won’t be just any kind of case. And while their morale is high, they’re also aware that things are being made intentionally difficult for them,” he said.

Before they were admitted into WPP on June 26, Roberto and De Leon were charged — along with WellMed owner Bryan Christopher Sy — with 17 counts of estafa in the Quezon City Regional Trial Court (RTC). The complaints were filed by the National Bureau of Investigation.

The Quezon City RTC on Aug. 5 dismissed the case for lack of jurisdiction. It was later refiled in the Quezon City Metropolitan Trial Court (MTC) Branch 34 and Judge Gloria Monica Lopez-Lao ordered the couple’s arrest on Sept. 9.

Justice Secretary Menardo Guevarra on Friday said Roberto and De Leon were removed from the WPP “because the criminal case [where] they were supposed to testify was downgraded from the RTC to the MTC, hence not a grave offense which is one of the requirements for WPP coverage.”