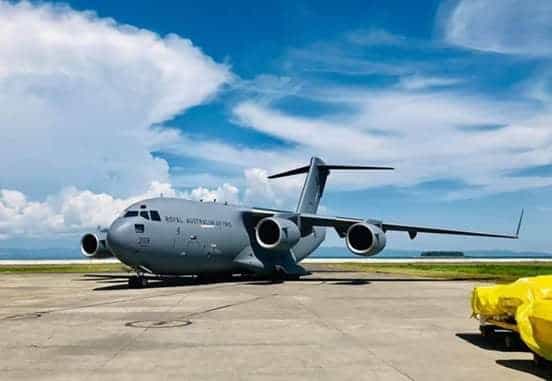 Contributed photo by I Love Tacloban

TACLOBAN CITY –– An Australian Air Force plane had an emergency landing at the Daniel Z. Romualdez Airport in this city past noon on Saturday, October 5.

Air Second Class Jonas Aragon of the Tactical Operations Group said the Boeing C17 Globemaster III was on its way to Australia from Japan when it had an emergency landing at the DZR Airport at 12:48 p.m.

The plane had eight crew members and 36 passengers.

Aragon, however, could not say why the Australian Air Force plane had an emergency landing at the DZR Airport./lzb