Sulu hornbills down to 27 in the wild 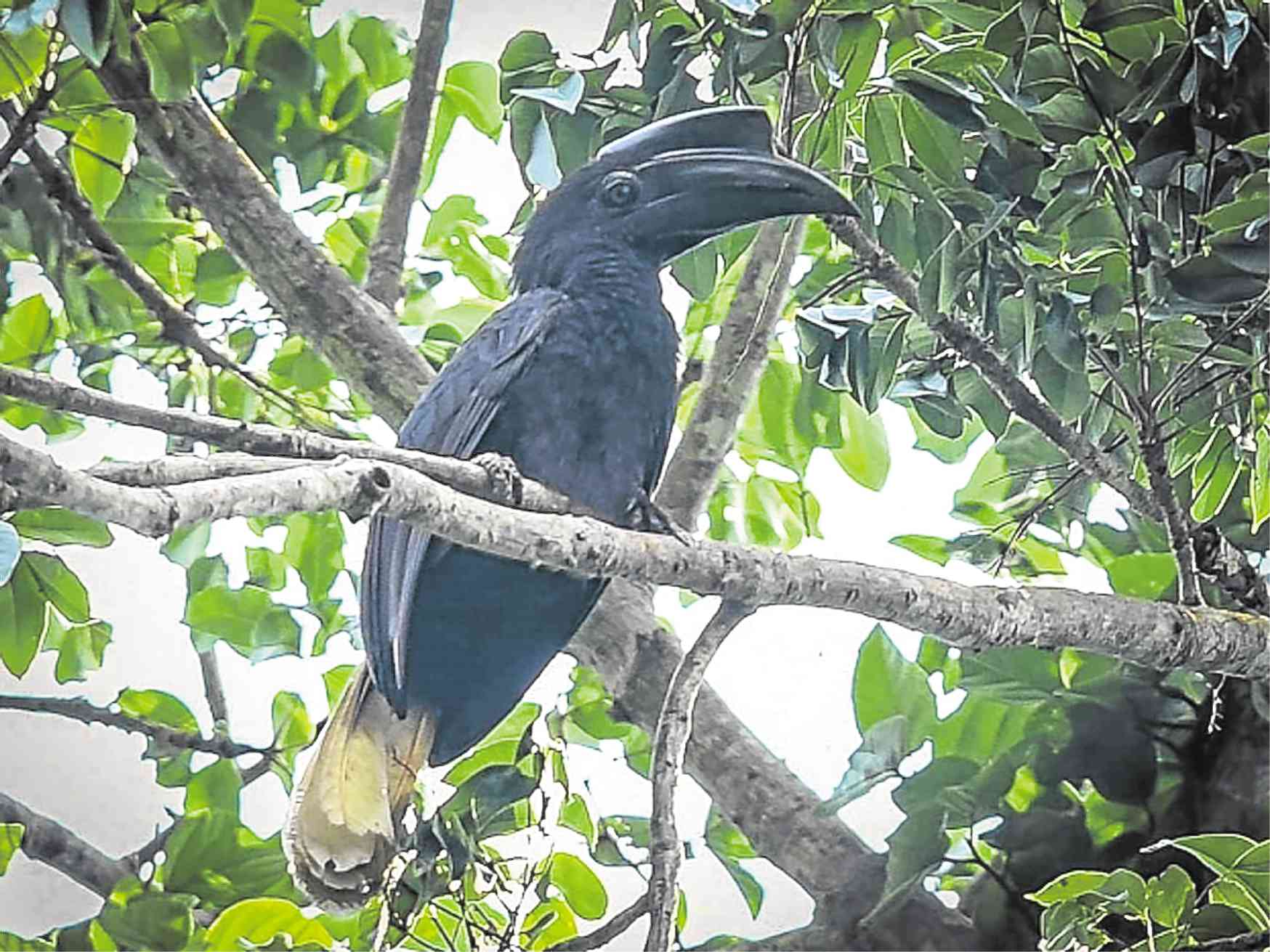 DAVAO CITY—Ecologists have launched a project to save the critically endangered Sulu hornbill (Anthracoceros montani), one of the world’s rarest birds that can only be seen in the Bangsamoro province of Tawi-Tawi.

There are only about 27 mature Sulu hornbills left in the wild, according to a recent count of BirdLife International.

The project, which trains a spotlight on the biodiversity stock in the remaining forests of Tawi-Tawi, was launched recently in the town of Panglima Sugala in cooperation with the local governments and the Philippine Biodiversity Conservation Foundation (PBCF).

Theresa Mundita Lim, executive director of the Asean Centre for Biodiversity (ACB), said the project to save the Sulu hornbill was also aimed at establishing the bird’s ecological links with other bird species in the region.

“Sulu hornbills have a genetic connection with other hornbills that can be found in other countries in Southeast Asia … [By tapping] into Tawi-Tawi’s biodiversity, [we] hope to gain a deeper understanding of the evolution of species in the rest of Asean,” said Lim, who formerly headed the Department of Environment and Natural Resources’ Protected Areas and Wildlife Bureau.

More than 60 percent of the remaining forests in Tawi-Tawi are concentrated in Panglima Sugala, which is considered the home of the Sulu hornbill, said PBCF executive Lisa Paguntalan.

Tawi-Tawi plays a vital role in Asean’s efforts at biodiversity conservation as it lies along the borders of the faunal regions of the Philippines and Wallacea, Paguntalan said.

Located between Borneo Island in the west and the Indonesian province of Papua in the east, Wallacea “is a place of wonder, a living laboratory for the study of evolution and a melting pot for faunal genetic diversity,” Paguntalan said.

It was named after the 19th-century English explorer and naturalist Alfred Russel Wallace.

Tawi-Tawi is known to also host terrestrial birds and endemic and migratory water birds, but little is known of these, Lim said.

She said ACB and PBCF would work with local governments in identified sites, line agencies, and schools and universities in Tawi-Tawi to monitor the threatened birds and their status in important forest and migratory sites.

According to the International Union for Conservation of Nature (IUCN), the Sulu hornbill, a nonmigratory bird, was “common to abundant in the late 19th century” and now persists with certainty only in Tawi-Tawi.

In an October 2016 assessment, IUCN expressed the suspicion that the species went through “a very rapid decline over the last 10 years” due to forest loss.

Tawi-Tawi still hosts a number of bird species endemic to the Philippines and other Southeast Asian countries, such as the Asian koel and mangrove blue-flycatcher, said University of the Philippines professor and bird curator Juan Carlos Gonzales.