P69M worth of pangolin scales, other dried wildlife species seized in Palawan 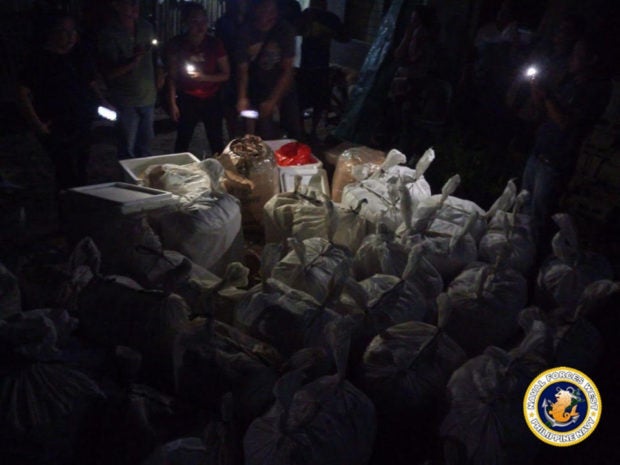 MANILA, Philippines — Hundreds of kilos of dried endangered marine and wildlife species with an estimated value of nearly P69 million believed destined for the black market were seized in a joint operation in Palawan, the military said Thursday.

The pangolins are classified as endangered mammal and its scales are in demand for its meat and Chinese medicine use, among others.

In mainland China and Hong Kong, sacks and boxes of confiscated items are believed to be worth over P500 million, the Navforwest said. The estimated local market value is P68.7 million

The joint operation was carried out by the Provincial Environment and Natural Resources Office and Palawan Council for Sustainable Development, Naval Forces West operatives, and 3rd Marine Brigade. /kga