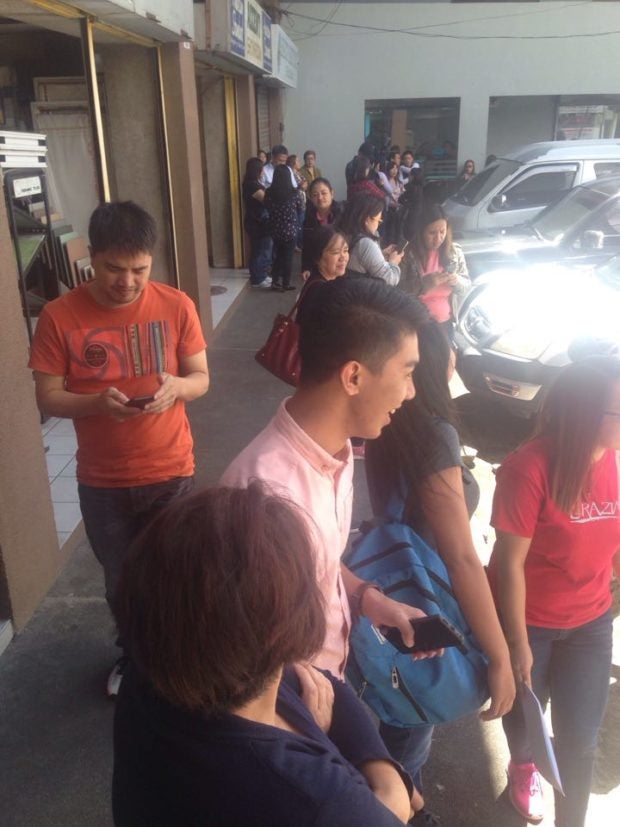 People inside the Lyman Ogilby Building in Magsaysay Avenue, Baguio City vacate their workplaces after the establishment received a bomb threat on Friday morning. (Photo by Rocky Ngalob/ Contributed )

Initial reports said the bomb scare was received about 11:30 a.m. at the Lyman Ogilby Building in Magsaysay Avenue.

The establishment houses private offices and several government offices, such as the National Commission on Indigenous Peoples, the Cooperatives Development Authority and the National Nutrition Council.

Investigators have yet to disclose the nature and source of the bomb threat.

An anti-bomb squad was deployed to the building and the area was declared clear of threats around noon, police said. Kimberlie Quitasol/lzb