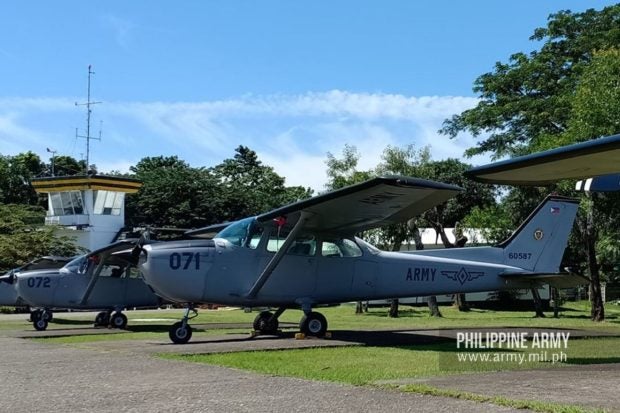 The AvnR (P), which was expanded from Army Aviation Battalion, will be commanded by Col. Jesus Rico D. Atencio; while the 2MLRS Btry will be led by Maj. Junel D. Uden and the 1LBMS Btry by Maj. Edgardo B. Ocampo.

The Philippine Army is planning to buy helicopters in the next few years to be used by its sole flying unit, which currently has fixed-wing aircraft for special aviation missions.

“Through the upgraded Army Aviation Regiment as an integral component of our combined arms operations, our Army will have the capability to conduct a better array of aviation operations to support ground forces and be more responsive in the archipelagic setting in the defense posture,” he added.

The 2MLRS Btry and the 1LBMS Btry under the Army Artillery Regiment, meanwhile,  will boost the troop’s firepower in a large-scale type of conflict.

It is envisioned to protect the troops against air threats and deny areas of enemy approach and suppress their air capabilities.

“We put primacy on the activation of these units in order to continuously enhance our aviation and air defense capability as we operate with the intent to be a modern and well-equipped Army, to address fast-evolving threats and finish the insurgency at the soonest time possible,” Alberto said. /kga