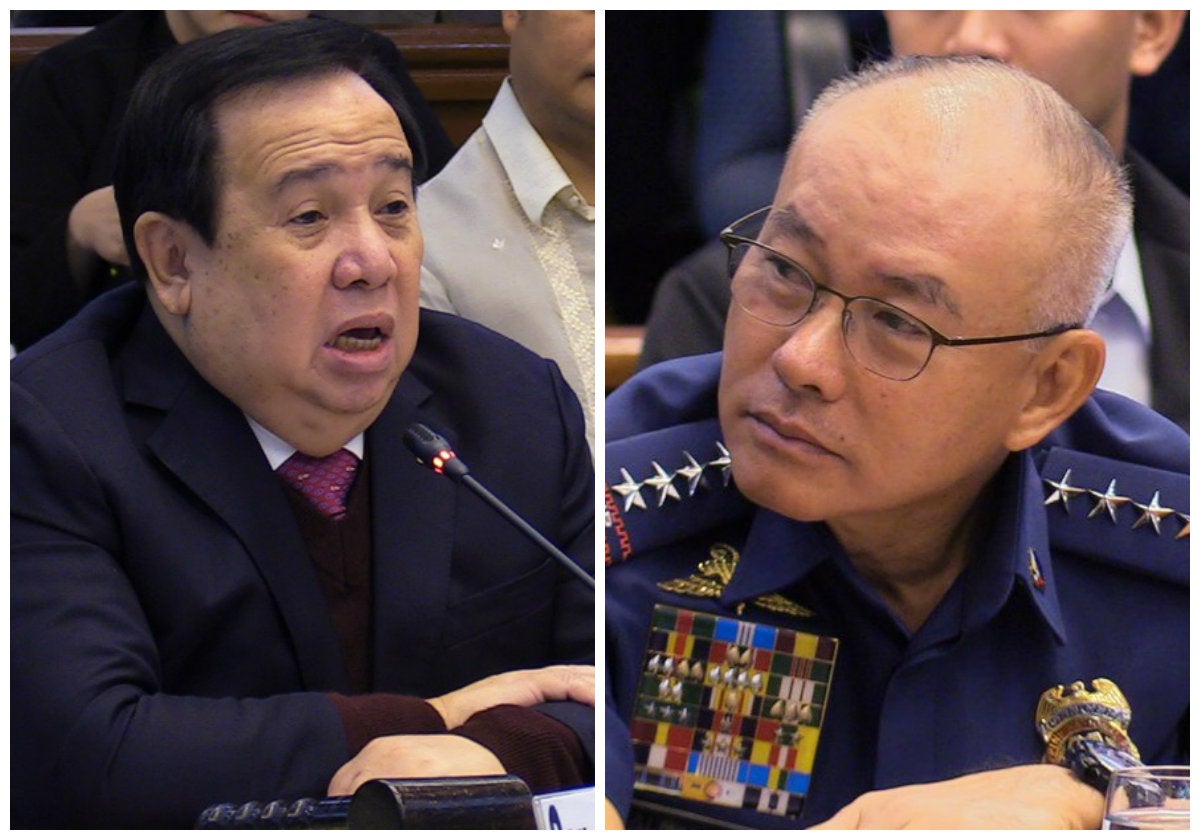 MANILA, Philippines — Sen. Richard Gordon on Wednesday said he believed Philippine National Police chief  Oscar Albayalde should consider resigning in the wake of allegations that officers under his command as Pampanga police director in 2013 were involved in the pilferage of seized illegal drugs, and that he intervened to stop their dismissal from the service.

Sen. Panfilo Lacson, however, said there was no reason for Albayalde to step down, as there was no direct evidence so far linking him to the pilferage.

Albayalde himself said he intended to stay at his post until his retirement next month.

Speaking in a radio interview, the PNP chief said he was a target of character assassination by Baguio City Mayor Benjamin Magalong, a former police director for criminal investigation who he insinuated could be acting on someone’s orders.

Magalong told a Senate hearing on Tuesday that Albayalde called up then Central Luzon police director Aaron Aquino to ask him not to implement an order for the dismissal of his men.

Albayalde denied calling Magalong, while Aquino said Albayalde called only to ask about the status of the case.

But Gordon considers Magalong credible, and he described Albayalde’s demeanor during the hearing as “kinda shifty.”

Instead of answering the issue directly, Albayalde tried to divert it to what the PNP under him is doing now, he said.

“He should consider that option, that he might resign, because I think Magalong would not stop,” Gordon told reporters.

Asked to elaborate, he said: “Because he is the head of the PNP, the whole PNP is now under question on a very, very important issue, ninja cops. If he could not explain this, he should really consider resigning.”

“Ninja cops” is a police term for law enforcers who pilfer drugs seized during operations and sell these to traders whom they protect.

Gordon said he believed Albayalde could be held liable for neglect of duty, as he did nothing about his men’s illegal operation.

He said Albayalde’s phone call to Aquino was inappropriate.

President Duterte, however, has chosen to defer action on Albayalde until the completion of the Senate investigation.

Asked about this, Gordon said, “Where there’s smoke, there’s fire.”

The police have a lot of explaining to do and the leadership must come to the forefront, he added.

But Lacson said Albayalde had just a little over a month left in office and the remainder of his term would likely be spent doing exit calls to his troops and meeting with his foreign counterparts.

“This is not to mention that there is no evidence presented as of now that would implicate him directly or otherwise in the misconduct committed by his men six years ago,” Lacson said.

Senate Minority Leader Franklin Drilon said the signal was clear that Albayalde would be allowed to finish his term, but he was unhappy about it.

“The 5,000-plus ‘tokhang’ victims were not even allowed to finish the day. Sad,” he added.

Tokhang is the PNP antidrug operation that has killed thousands of mostly small users and traders of drugs.

In his radio interview, Albayalde said he would wait for the decision of the police overseer, Interior Secretary Eduardo Año.

In a later interview on television, Albayalde said the allegations against him were a “trap.”

“What I see is that [resignation] is their endgame,” Albayalde said. “I will not fall in that trap.”

He said he would also wait for the decision of President Duterte.

Gordon told reporters on Wednesday that Aquino, now the Philippine Drug Enforcement Agency chief, told him days before the Senate inquiry started on Monday that Albayalde phoned him and requested not to enforce the dismissal order for then Supt. Rodney Baloyo and 12 other officers who figured in the November 2013 drug pilferage.

Baloyo, then the chief intelligence officer of the Pampanga police office, and his team conducted the buy-bust operation, which Magalong claimed netted 200 kilograms of “shabu” (crystal meth) but the officers reported confiscating only 28 kg.

The Senate justice and human rights committee chair said Aquino personally gave the information in a meeting where Drilon was also present.

“When I spoke to him, he told me, ‘Sir, this is what happened…’ He said Albayalde called him and asked him not to [implement the dismissal order],” Gordon said.

Asked who among Magalong, Aquino and Albayalde was consistent and upfront in their statements, Gordon replied: “Magalong is telling the truth.”

He, however, backpedaled moments later after the hearing, telling reporters that Magalong must have misquoted him or had taken his words out of context.

Albayalde admitted calling Aquino, but vehemently denied that he intervened on behalf of Baloyo and the other officers.

On Tuesday, Albayalde said Magalong’s disclosures may have something to do with his retirement next month and the tight race among the candidates for the top PNP post.

Sought for comment on Wednesday, Drilon confirmed that he was at the meeting between Gordon and Aquino.

“Certainly, I am disappointed because I think he was more forthright when he met with us,” he said.