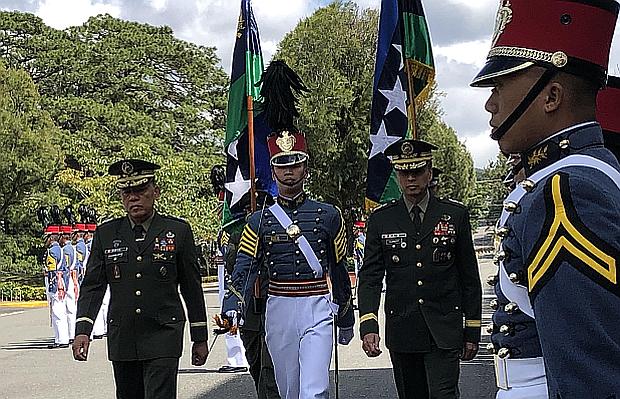 Speaking at the turnover of PMA leadership two weeks after the death of Cadet 4th Class Darwin Dormitorio due to hazing, the AFP chief said that “abuse and maltreatment have no place in the academy and in the armed forces at large.”

“We do not condone the use of sheer wanton violence in any way, shape or form,” he said.

Dormitorio’s death at the hands of his own comrades and the unspoken hazing tradition within the institution has brought public attention to the PMA.

As the investigation remains underway, the country’s premier military school promised to initiate reforms in its policies.

Clement called on the cadets to speak up against wrongdoings in the academy.

Clement said both officers were at the peak of their careers and yet they had decided to voluntarily step down and take the high ground of taking full command responsibility.

“Our new commandant of cadets as well as our new superintendent has declared ‘war on hazing’ and together, we will definitely win this fight,” Clement said.