Groups protest before DA as harvest season starts this month 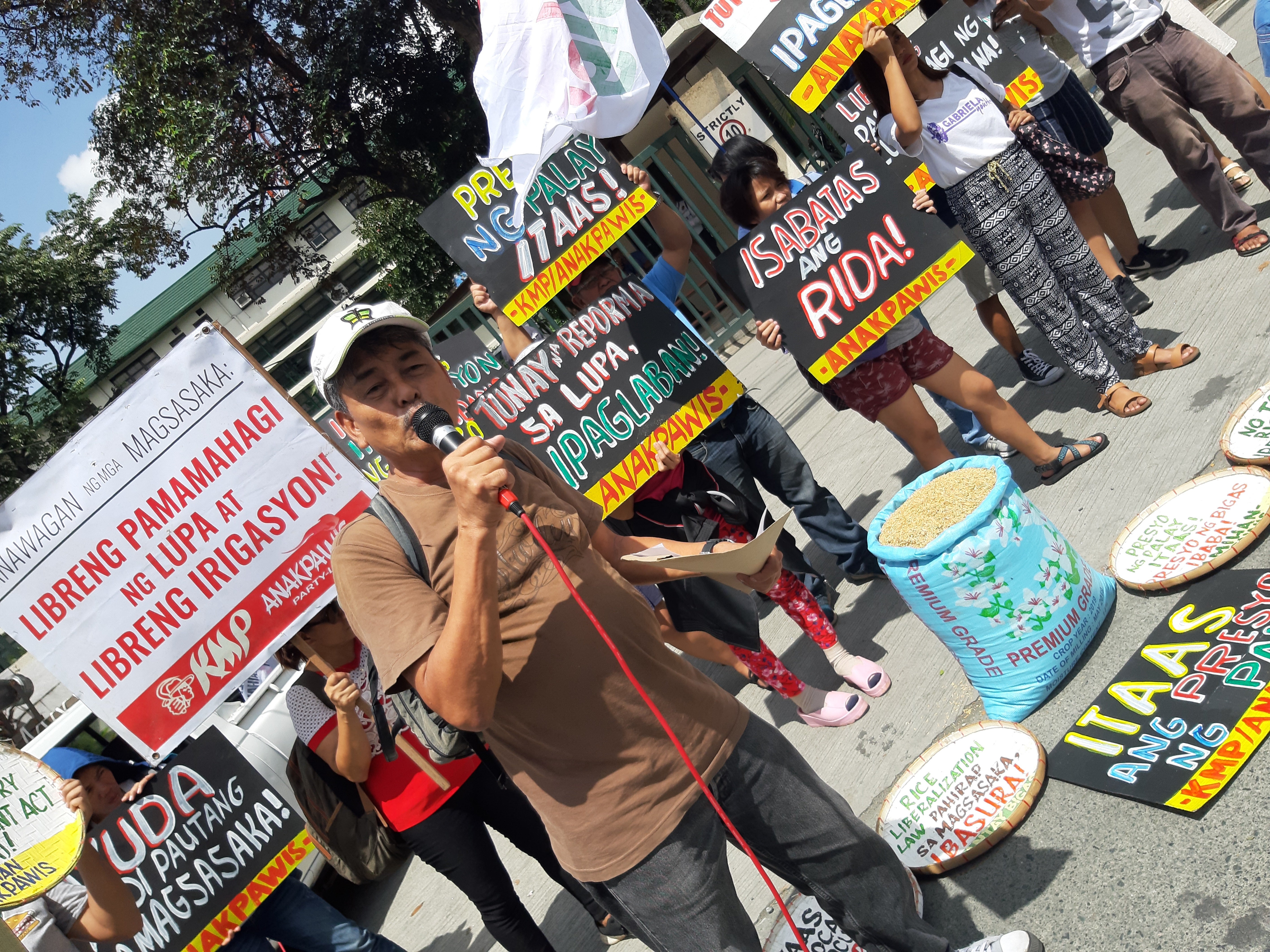 Farmers from Kilusang Magbubukid ng Pilipinas (KMP), AMIHAN national federation of peasant women and land reform advocates dumped rice hull outside the agriculture department’s office as they called on Agriculture Secretary William Dar for dialogue as an avenue to lay down their proposals.

(DA is all words when it comes to their solution and promises for farmers. The said fund for farmers under the Rice Competetiveness Enhancement Fund is huge but there is no certainty if its effects are being felt by farmers. Many times the funds supposedly for farmers end up being wasted and corrupted.)

Among the groups’ demands include the following:

1. Buy the palay produced by farmers at Php20 per kilo NFA support price with incentives for drying, delivery fee and cooperative development
2. The NFA must procure at least 10 percent of the total palay production for this cropping season.
3. Approve and release the Php15-billion supplemental budget to the NFA for the urgent procurement of at least 750,000 metric tons of palay from local farmers at the farmgate price of Php20 per kilo.
4. Urgent, sufficient subsidy and support for production including seeds, mechanical dryers, drying facilities, farm tools, farm inputs and other needs for rice production.
5. Overall, the government must rescind its rice importation policies, suspend for the time being the RA 11203, and eventually repeal this law that has severely damaged the situation of rice farmers, consumers, and stakeholders in the rice industry.

The groups also belied the agriculture department’s claims that average farm gate prices are at P23 per kilo, explaining that the average still stands at P10 to P12.

In Camarines Sur, a top rice producing province in the Bicol region, the prevailing price of palay is still at Php7 per kilo, Ramos said.