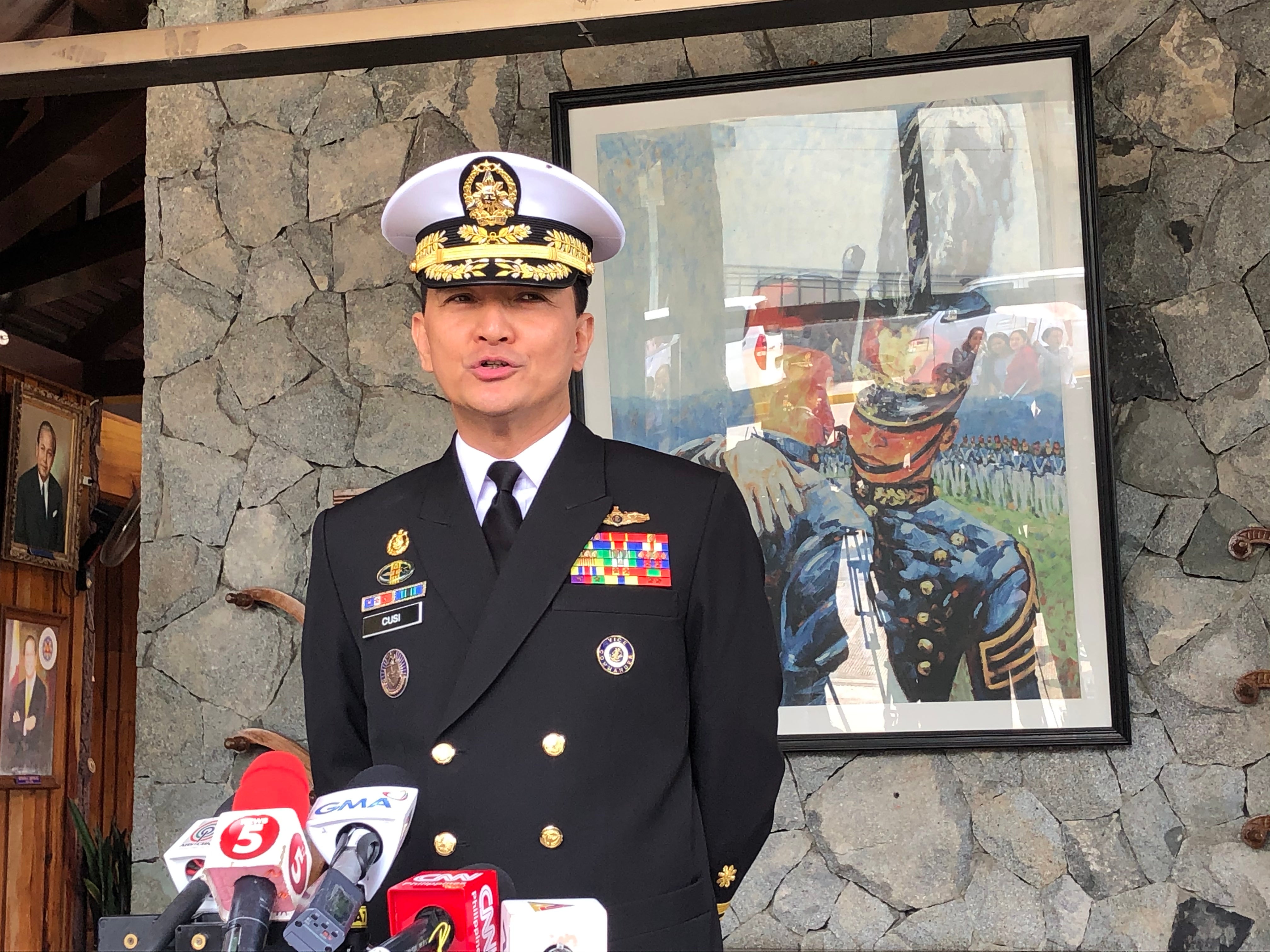 BAGUIO CITY — The newly installed superintendent of the Philippine Military Academy has called on the support from its alumni to eradicate hazing that has plagued the institution.

For Rear Adm. Allan Cusi, an all-out war against hazing is not enough and the problem must be dealt with by the alumni and military officers of the Armed Forces of the Philippines.

“The challenge of totally eradicating maltreatment on the academy is a burden that I alone cannot bear. It’s a burden that’s bigger than the rest of the PMA community combined,” he said in his assumption speech on Tuesday at the PMA.

He replaced Lt. Gen. Ronnie Evangelista who resigned his position after the controversial death of freshman cadet Darwin Dormitorio due to hazing from his fellow cadets.

In a press briefing after the ceremony, the new PMA superintendent, himself a member of Class of 1986, said that one way for the alumni to help is to stop glorifying maltreatment.

“You use the phrase, ‘during our time…’ It gives an impression that during their time they had a harder time than the cadets nowadays. They have no idea. I don’t want to use that as a gauge — that if you suffered more, you are better than the others….It’s not that,” he said.

“There is sense of culture of entitlement [in the academy] that has been embedded for so long. Rank has its privileges, that’s right. If you’re a first class [cadet] then you’re a general. But you have to remember outside when you graduate, you have to humble yourself. It’s an entirely different ballgame when you talk with all stakeholders, local officials, everything,” he added.

While the cadets are trained and prepared to be tough, Cusi reminded them that they don’t have to be unkind.

“Life in the academy is not for the faint-hearted. You came here to become warriors of the motherland — hopefully, warriors with a heart and soul,” he said.

The new PMA chief did not elaborate on the reforms that he would initiate in the academy as he has yet to speak with the cadets “before giving any sweeping changes.”

Cusi said he felt he did not do enough when he previously served the PMA twice in his career as a tactical officer and chief of academy staff. But this time, he wants to give his best shot and apply his expertise he developed from his previous assignment as commander of the Naval Education and Training Command, the Philippine Navy’s institution for learning.