MANILA, Philippines — More than 10 years after the body of Ruby Rose Barrameda was fished out of the waters of Navotas City inside a steel drum, her family has not given up the quest for justice, though it remains “brutal and dreadful.”

In dismissing the case against Third Jimenez, the court said the prosecution failed to establish probable cause.

On the other hand, in clearing Jimenez Jr., Descalso and Ponce, the court said the prosecution “miserably failed” to prove any direct participation of the three on the killing of Ruby Rose. 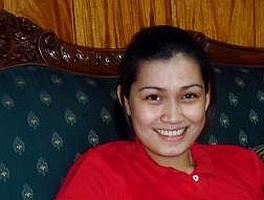 Her body was recovered after witness Manuel Montero surrendered and confessed his participation in the crime. Montero was able to pinpoint the exact location of the body in Navotas and identified those allegedly involved in the murder.

However, he recanted his testimony six years ago and has since gone missing.

In a statement, the Barrameda family said: “To us, justice was so unreachable. We were at our lowest point when we got the dismissal order.”

Ruby Rose’s mother, Asuncion, has asked President Rodrigo Duterte if he could look into the case.

“Since the President was once a prosecutor he would understand,” Asuncion said. “I am appealing [to him] so that we would have the chance to obtain justice.”

She also asked for the help of Justice Secretary Guevarra to help them in pursuing the parricide case they had filed against Ruby Rose’s husband Third Jimenez.

“We would be starting over again after the case was dismissed,” Asuncion said.

She was referring to the dismissal of the case by Judge Edwin Larida Jr. of the Malabon City Regional Trial Court (RTC) Branch 170. even without subjecting the husband to an arraignment and without issuing a warrant of arrest against him.

Barrameda’s lawyer, Al Lazaro, said they would be coordinating with other agencies, such as the DOJ.

“This is not the end of the story. The case was not dismissed based on the merits. In fact, it did not even reach arraignment, so there is no double jeopardy here,” Lazaro said.

The family also urged Montero to come out.

“You very much welcome to us,” Ruby Rose’s father, Roberto, said.

The family has also asked Malabon Judge Edwin Larida Jr. to inhibit himself from the case.

They said Larida disregarded the findings not only the Department of Justice (DOJ) but also the Court of Appeals and even the Supreme Court.

“Such abuse of discretion is so grave and gross that it spills into the realm of dubious intent, with all due respect, on the part of Honorable Edwin G. Larida Jr.,” read their motion.