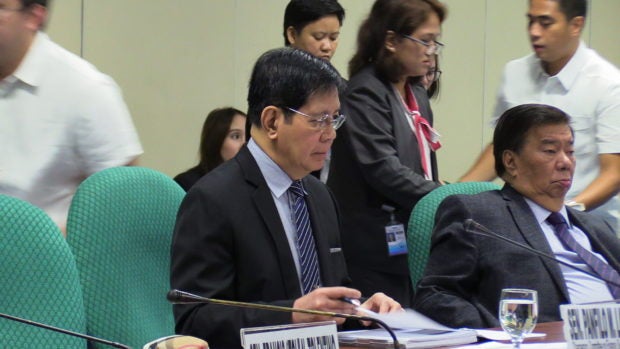 MANILA, Philippines — Senator Panfilo Lacson has refiled a bill that would penalize those who abandon their old and sick parents.

Senate Bill No. 29 or the “Parents Welfare Act of 2019” requires sons and daughters to provide the necessary support for their aging, sick and incapacitated parents.

According to the bill which the senator also filed in the previous 17th Congress, a parent who is in need of support may file a petition for support before the court and pray for the issuance of a support order against those who failed or refused to provide the necessary support.

The legal representation of the parent would be provided by the Public Attorney’s Office and no court fees would be assessed.

Violators will be slapped with imprisonment of one to six months or a fine of P100,000.

Lacson said those who left such parent in any place with the intention of wholly abandoning the latter would be punished with imprisonment of six to 10 years and a fine of not less than P300,000.

The bill also seeks to establish Old Age Homes for the elderly, sick or incapacitated parents in every province and highly urbanized city. /je