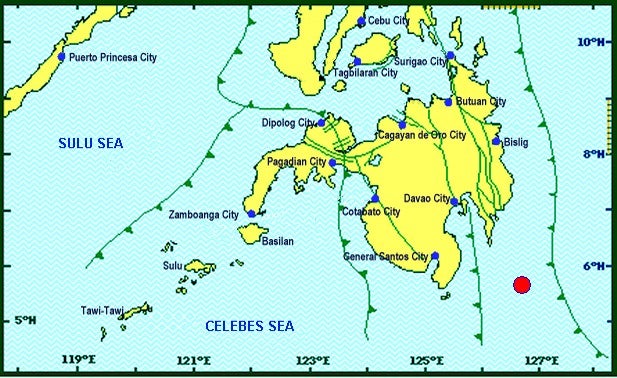 DAVAO CITY (Updated) — People here went out of buildings and out of their homes after 6.4 magnitude-strong earthquake, earlier reported as 6.1, jolted the Davao region on Sunday morning.

The Philippine Institute of Volcanology and Seismology (Phivolcs) which earlier reported the 6.1 magnitude quake, updated its bulletin, placing it at 6.4 magnitude.

The quake struck 130 kilometers southeast off the coast of Jose Abad Santos town in Davao Occidental at 10:02 a.m.

The earthquake, which was tectonic by origin, has a depth of 60 kilometers and was felt as Intensity 4 in General Santos City; as Intensity 3 in Davao City, Gingoog City, Kidapawan City, Makilala and Magpet in North Cotabato; Magsaysay and Sta. Cruz in Davao del Sur; Damulog and Kalilangan in Bukidnon; and Magsaysay in Misamis Oriental.

It was felt as Intensity 2 in Cagayan de Oro City; the towns of Jasaan, Balingasag and Villanueva in Misamis Oriental; the towns of M’lang, Tulunan and Kabacan in North Cotabato; and in Columbio town and Tacurong City in Sultan Kudarat.

No report of injury and damages has been noted yet as of posting but evacuations have been conducted in different areas. /je 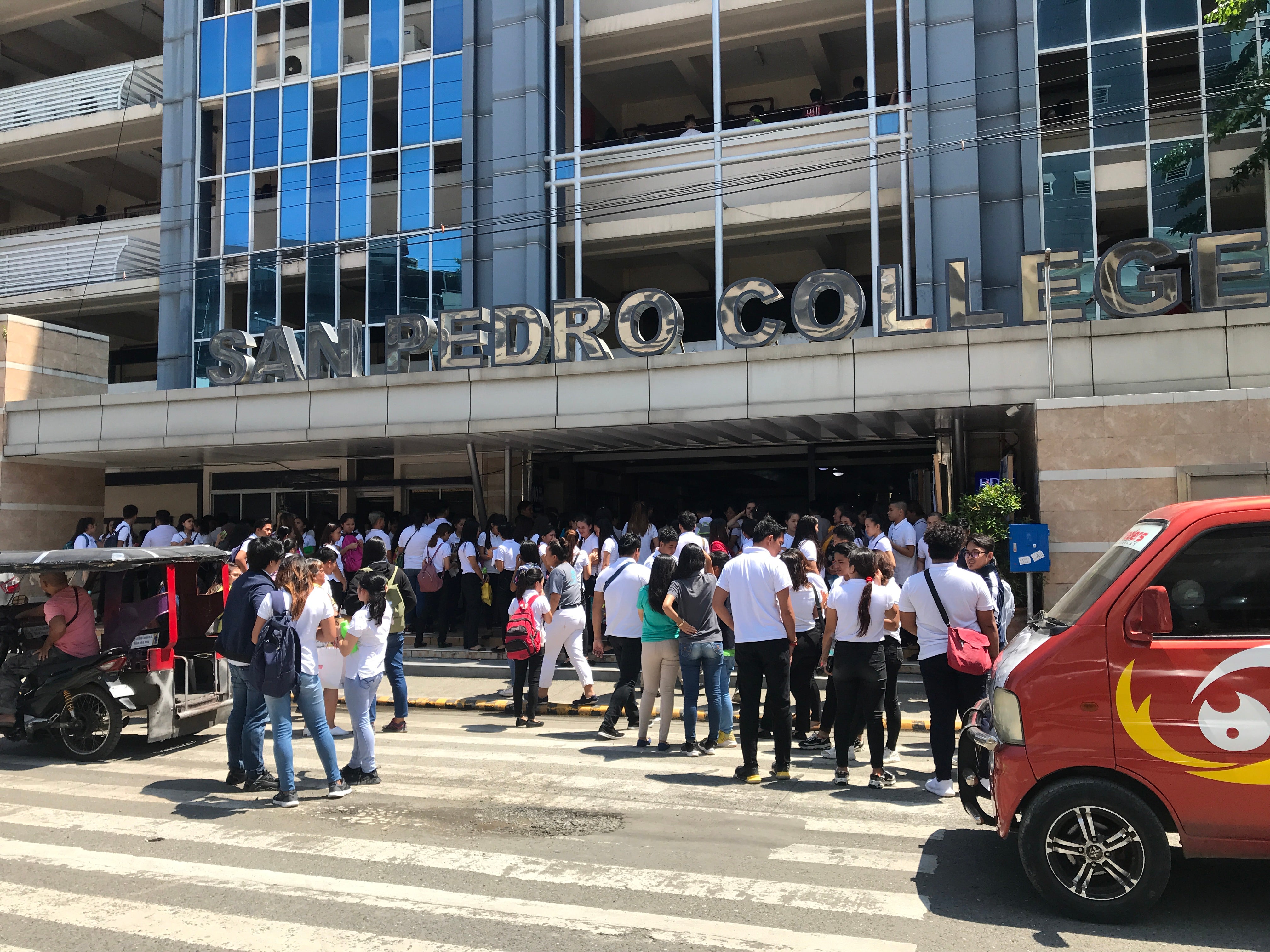 As practiced during drills, people in Davao City evacuated after a magnitude 6.4 jolted the Davao region on Sunday morning.