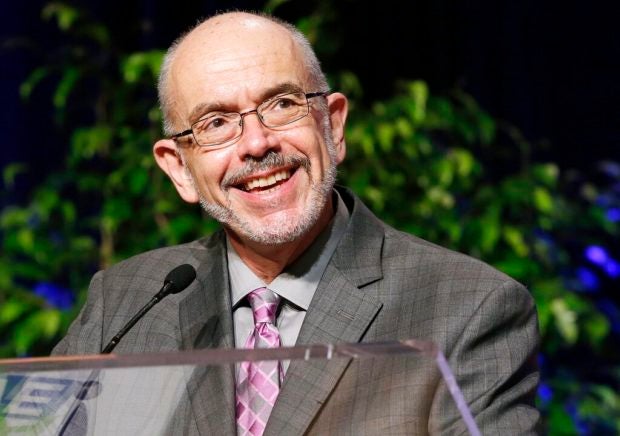 NIANTIC, Conn. — Author Wally Lamb says he was barred from entering a Connecticut women’s prison to resume a writing program that had been reinstated after an investigation of former inmates’ complaints cleared him of wrongdoing.

State Department of Correction officials counter that Lamb did not give them enough time to get the required approvals for the session.

The bestselling author of “She’s Come Undone” wrote on Facebook on Thursday evening that an official at York Correctional Institution in Niantic had turned him and other volunteers away earlier in the day.

“This is just the latest indignity we’ve endured from DOC,” Lamb wrote. “Whether or not it’s true that no good deed goes unpunished, at York Prison the good deeds of volunteers are often stymied by those in charge.”

The department said in a statement Friday that an official had told Lamb on Thursday that the program could resume next week after inmates received approval to attend.

“Thursday’s incident … was a simple case of miscommunication, and not an attempt to keep Mr. Lamb and his volunteers from resuming their work of helping offenders to heal through writing,” the statement said. “His negative comments … are inaccurate and quite frankly unwarranted.”

The writing program was suspended in July but reinstated late last month. Officials investigated complaints by two former participants who said they hadn’t been paid as promised for their contributions to Lamb’s third planned anthology of female prisoner writings. The probe cleared Lamb.

Email exchanges forwarded by Lamb to The Associated Press show that Lamb’s assistant asked prison officials on Tuesday if the program could resume Thursday.

Officials initially responded Wednesday that they didn’t see a problem the Thursday date, but later in the day told Lamb that they could not get the required approvals in time. NVG

Read Next
Sotto: US senators may still think PH under Commonwealth rule to meddle in De Lima case
EDITORS' PICK
Bongbong Marcos says PH ‘open for business’ with new Clark Airport terminal
Individuals affected by ‘Karding’ now over 157,000
Newbie gamers are in for a treat with the power-packed feature of vivo Y16
Karding damage to infrastructure at P23M
House energy committee chair Arroyo bats for cheap electricity
Reignite your passion with the vivo Y35
MOST READ
Angelica Panganiban ‘duguan, sugatang mom’ one week into breastfeeding
LPA enters PAR, may develop into tropical depression
Badoy not with Office of the President, NTF-Elcac, under Marcos admin — solon
Charges readied vs gov’t guard with P290-M deposits
Don't miss out on the latest news and information.