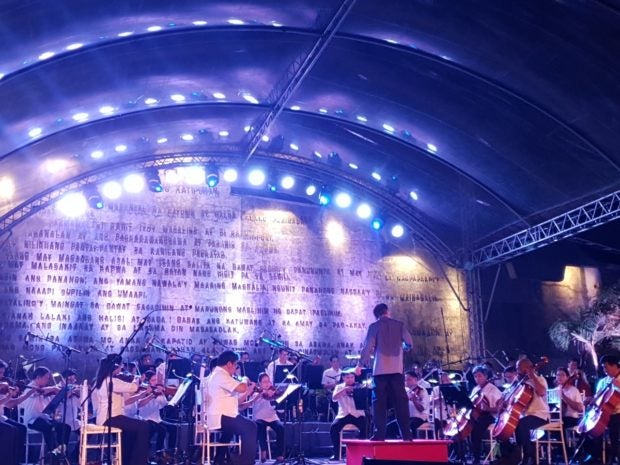 MANILA, Philippines — The Philippine Philharmonic Orchestra serenaded the people of Manila on Friday evening with classical music for free at the Bonifacio Shrine, the park just across Manila City Hall.

The orchestra livened up the park by performing classical pieces including “Die Fledermaus Overture” by Johann Strauss Jr, “American Salute” by Morton Gould and “My Fair Lady Selections” by Frederick Loewe.

The orchestra also performed some Filipino songs such as “Manila” by Hotdog and “Manila Girl” by Put3ska.

The performance is part of Manila’s 52 weeks plot of reviving the glory of the “Old New Manila” for the people of Manila.

As concerts continue to become expensive for the poor, Manila Mayor Isko Moreno said the event helps bring the concert feel to both the poor and the rich.

“In this concert, we want people to feel equality, the luxury that rich people enjoy may also be experienced by the poor,” Moreno said, speaking in Filipino.

The event, titled, “Konsiyerto sa Kartilya” is a collaboration of the Manila local government, the Manila Tourism and Cultural Affairs Bureau and the Cultural Center of the Philippines.  /muf /atm