Panther stolen from zoo after rescue from French rooftops 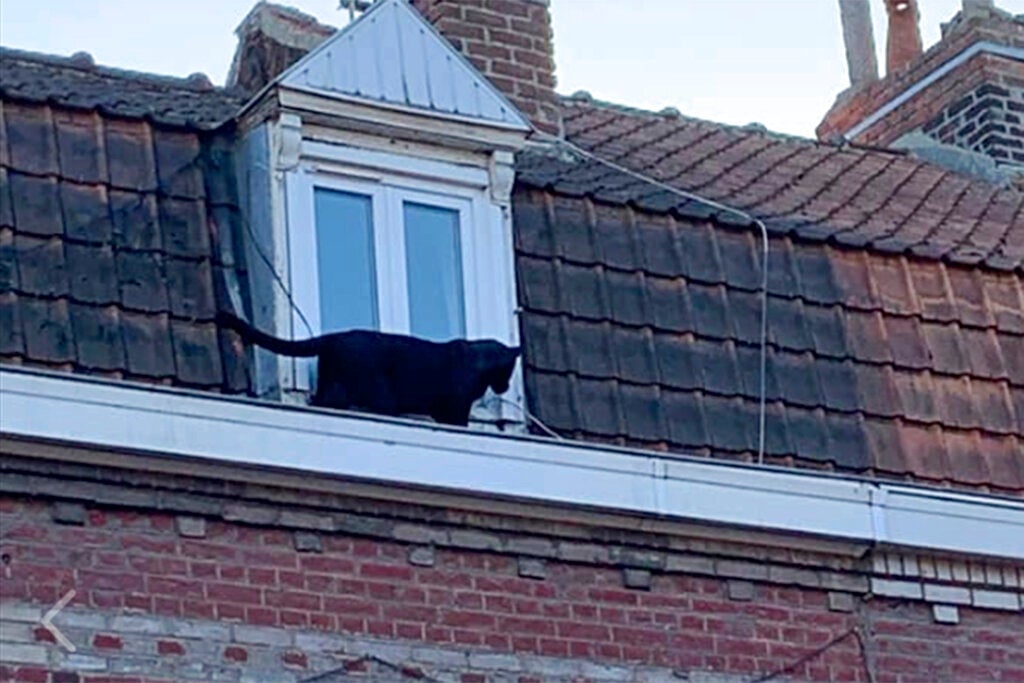 A panther walks on the gutter of a building in Armentieres, northern France.  (Sapeurs-Pompiers du Nord via AP)

LILLE, France–It appears to be France’s most coveted cat: A black panther rescued from rooftops near the northern city of Lille last week has been stolen from the zoo where it was taken after capture, officials said.

The feline was seized overnight from the zoo in Maubeuge near the Belgian border, the city’s mayor, Arnaud Decagny, told AFP on Tuesday.

“This animal was the only target,” Decagny said, adding that “considerable efforts” were made to force locks and avoid security systems.

Zoo personnel are worried about the young panther’s health, “which is rather delicate because he lacks strength,” the mayor added, saying the animal was just a few months old and weighed between 25 and 30 kilogrammes (55-66 pounds).

The panther was going to be transferred to a center specialized in rehabilitating wild animals that had been domesticated.

Firefighters caught the cat last Wednesday as it roamed rooftops in Armentieres after escaping through the window of a private apartment believed to have been its home.