US official: Trump’s special envoy to Ukraine has resigned 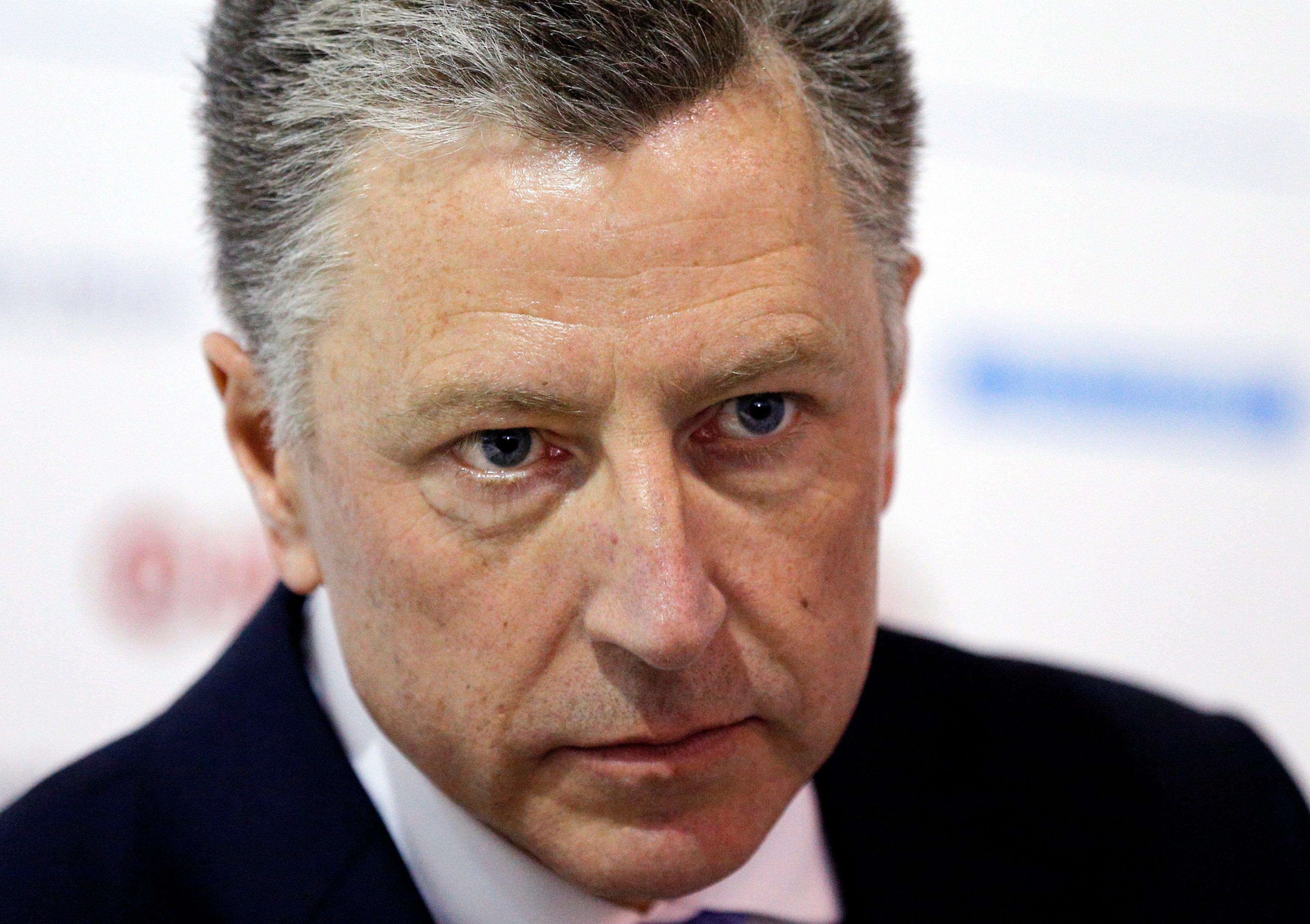 FILE – In this Sept. 15, 2018 file photo, U.S. special representative to Ukraine Kurt Volker attends the 15th Yalta European Strategy (YES) annual meeting entitled “The next generation of everything” at the Mystetsky Arsenal Art Center in Kiev, Ukraine. Volker, a former U.S. ambassador to NATO caught in the middle of a whistleblower complaint over President Donald Trump’s dealings with Ukraine, has resigned from his post as special envoy to the Eastern European nation. A U.S. official says Volker told Secretary of State Mike Pompeo on Friday, Sept. 27, 2019, of his decision to leave the job. (AP Photo/Efrem Lukatsky, File)

WASHINGTON — Kurt Volker, a former U.S. ambassador to NATO caught in the middle of a whistleblower complaint over the President Donald Trump’s dealings with Ukraine, resigned Friday from his post as special envoy to the Eastern European nation, according to a U.S. official.

The official said Volker told Secretary of State Mike Pompeo on Friday of his decision to leave the job, following disclosures that he had connected Trump’s personal lawyer Rudy Giuliani with Ukrainian officials to investigate former Vice President Joe Biden and his family over allegedly corrupt business dealings.

Giuliani has said he was in frequent contact with Volker about his efforts. The State Department had no immediate comment on his resignation and has said only that Volker put Giuliani in touch with an aide to Ukraine’s president.

Pompeo said Thursday that as far as he knew, all State Department employees had acted appropriately in dealing with Ukraine.

Volker was brought into the Trump administration by former Secretary of State Rex Tillerson to serve as envoy for Ukraine. He worked in a volunteer capacity and had retained his job as head of the John McCain Institute for International Leadership at Arizona State University. Arizona State’s student newspaper was the first to report his resignation.  /muf