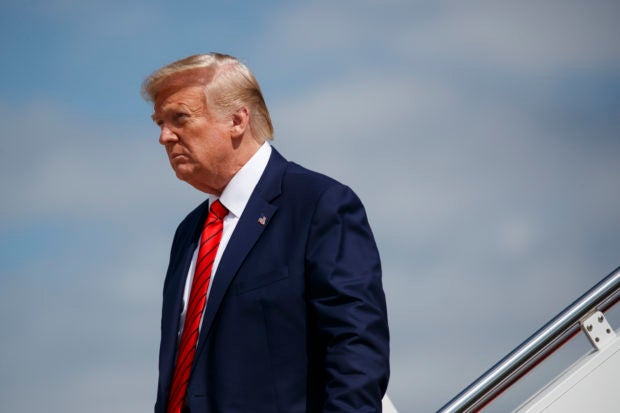 LONDON — The BBC faced a backlash Friday after finding one of its presenters in breach of its editorial guidelines on impartiality for comments that were critical of U.S. President Donald Trump.

Journalists and celebrities were demanding that the BBC overturn its decision and expressed support for BBC Breakfast anchor Naga Munchetty, who was discussing Trump’s remark that four female American lawmakers should return to the “broken and crime infested places from which they came.”

Co-anchor, Dan Walker, asked Munchetty for her opinion on the July 17 program, and she responded: “Every time I have been told, as a woman of color, to go back to where I came from, that was embedded in racism …. I’m not accusing anyone of anything here, but you know what certain phrases mean.”

Questioned further by Walker, she said she was “absolutely furious a man in that position thinks it’s OK to skirt the lines by using language like that.”

The BBC found that Munchetty had gone too far.

“She understandably feels strongly on this issue, and there was nothing wrong with her talking about her own experiences of racism,” the BBC said in a statement. “However, our editorial guidelines do not allow for journalists to then give their opinions about the individual making the remarks or their motives for doing so — in this case President Trump — and it was for this reason that the complaint was partially upheld. Those judgments are for the audience to make.”

Across social media, there was disquiet over the broadcaster’s decision. That sentiment was plainly put in a letter to the Guardian newspaper on Friday, in which some 40 locally prominent celebrities offered support to the presenter.

“Racism is not a valid opinion on which an ‘impartial’ stance can or should be maintained,” the signatories said in the letter. “For communities and individuals who experience racist abuse — including Munchetty — being expected to treat racist ideas as potentially valid has devastating and maybe illegal consequences for our dignity and ability to work in a professional environment, as well as being contrary to race equality and human rights legislation.”

It added that to “suggest a journalist can ‘talk about her own experiences of racism’ while withholding a critique on the author of racism (in this case President Trump) has the ludicrous implication that such racism may be legitimate and should be contemplated as such.”