Perete, however, noted DOJ is still determining if government prosecutors were able to secure a Hold Departure Order (HDO) against Castro given that she has three standing warrants of arrest.

“The Department is currently ascertaining whether hold departure orders against her have been secured by the prosecution. In any event, the ILBO issued by the SoJ (Secretary of Justice) directs our prosecutors to secure, when warranted, HDOs or (Preliminary Hold Departure Orders) PHDOs, as the case may be,” Perete said.

An ILBO is different from a court-issued HDO since the former only directs the Bureau of Immigration to be on the lookout for the subject as well as verify the status of a case against the subject and not to restrict an individual from leaving the country.

But a person subjected to an ILBO must seek an Allow Departure Order (ADO) from the DOJ chief to be allowed to leave.

Castro, a former chairperson of Barangay 484 Zone 48 in Manila, left the country last September 21 on board a Cebu Pacific flight to Bangkok, Thailand, just days after returning to the Philippines from Vancouver, Canada last September 18.

The justice department said they will seek the help of the International Police (Interpol) to monitor Castro’s movement. /kga 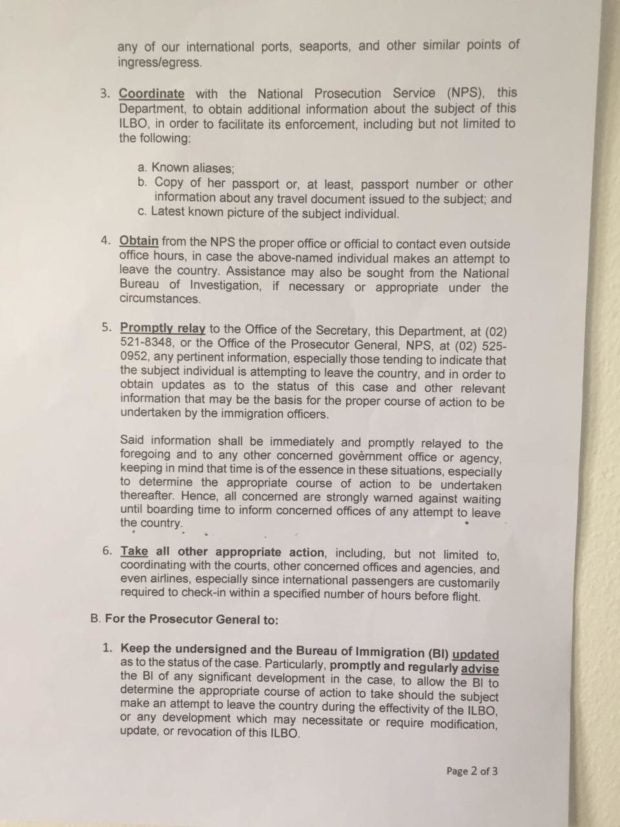 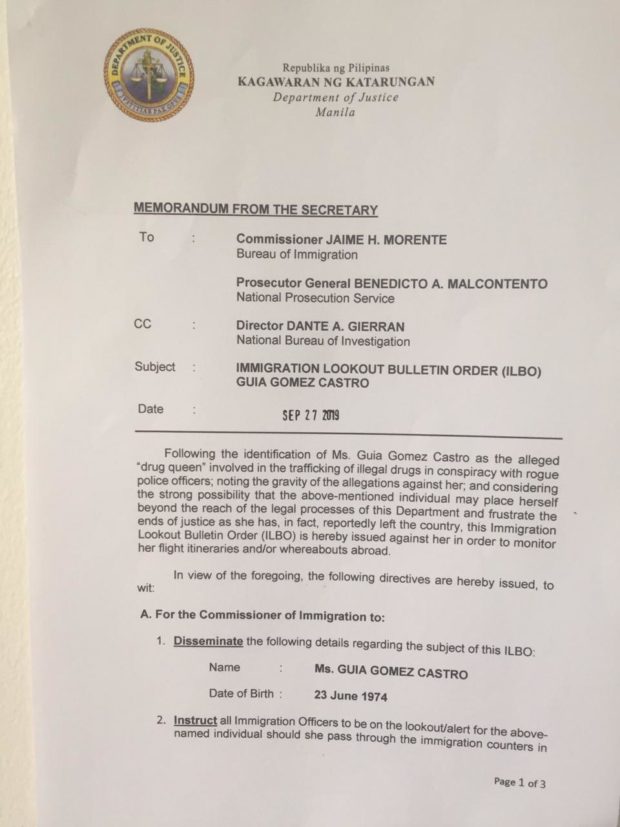 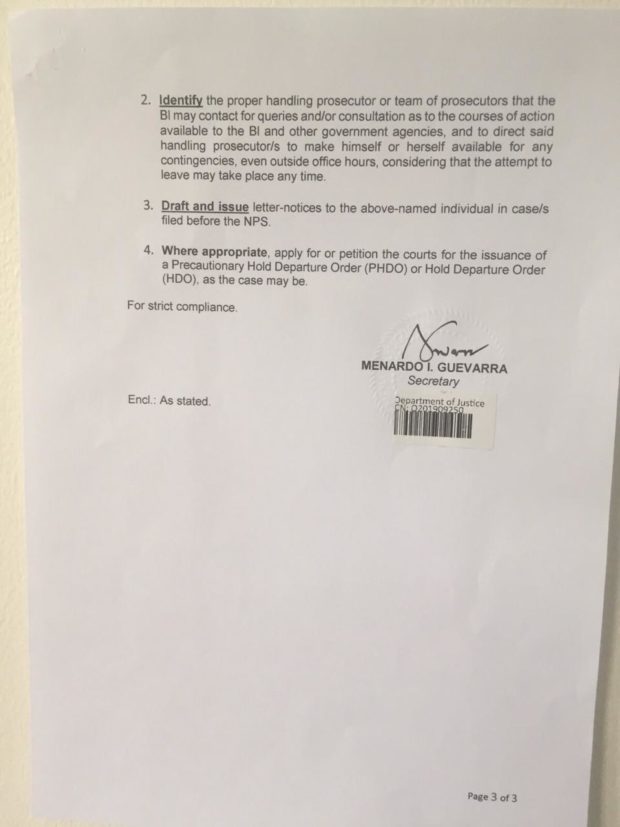