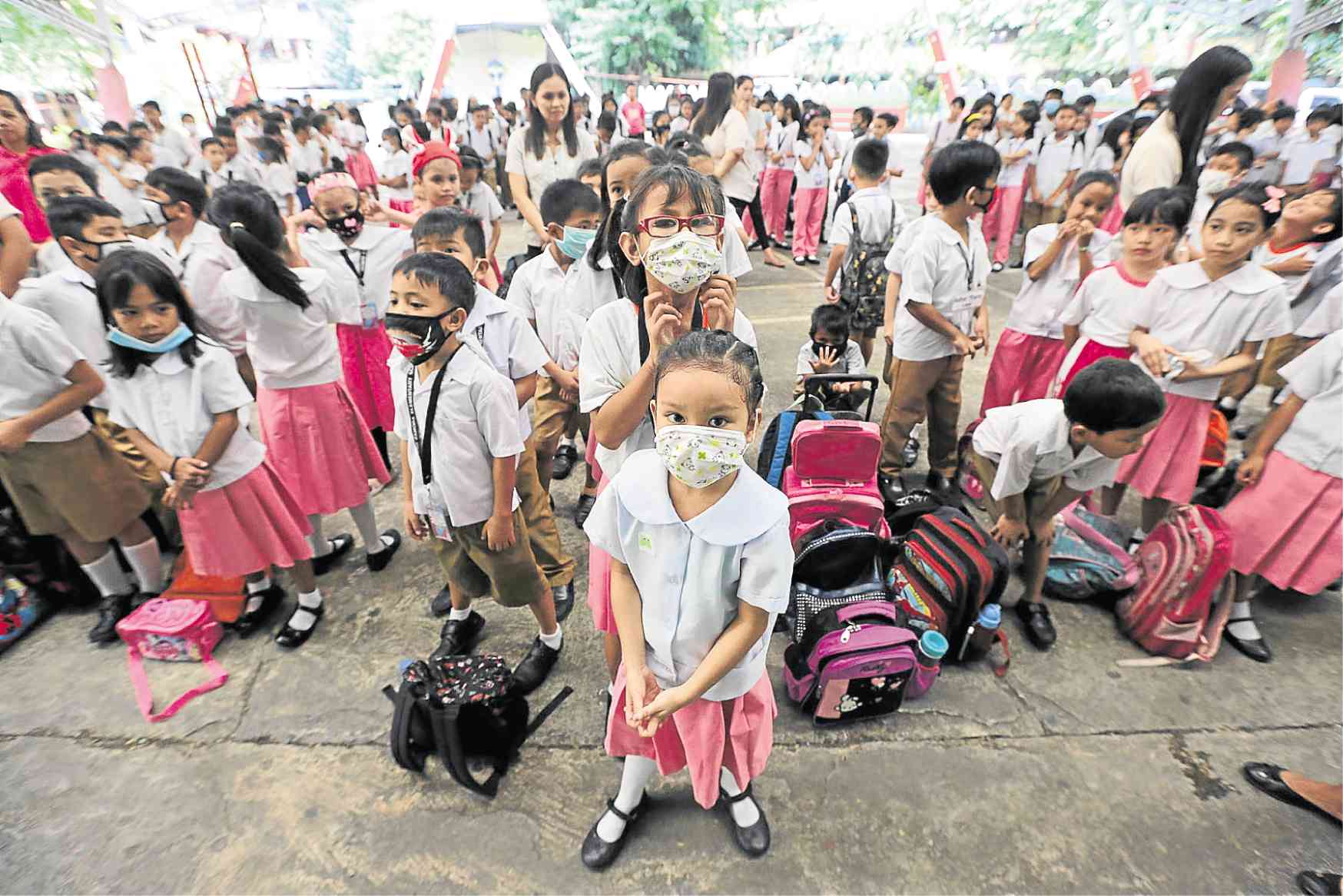 The DOH even suffered a budget cut in the proposed spending measure, Iloilo Rep. Janette Garin earlier said, as the country was facing a resurgence of polio, measles, dengue and diphtheria.

Another case of polio infection was recorded last week in Laguna, the second since 2001. It occurred after deadly dengue fever and measles epidemics earlier this year and as vaccination coverage plunged partly due to mistrust stoked by a dengue vaccine scandal.

Polio is a highly infectious viral disease which mainly afflicts young children. There is no known cure and polio can only be prevented by immunization, according to WHO.

The country is dealing with an outbreak of the infectious disease.

Recto said on Thursday that the sin tax dividends given to the DOH and PhilHealth were short by P28.3 billion, despite a provision in Republic Act No. 11346 requiring that 50 percent of excise collections on sin and soda products be earmarked for health.

Of the 50 percent collection, 80 percent would go to PhilHealth for universal health care and 20 percent to the DOH’s Health Facilities Enhancement Program and medical assistance program.

Recto noted that in 2017, collections from alcohol hit P68.6 billion; from tobacco P136.08 billion; and from sugar sweetened beverages, P38 billion. All these added up to P242.8 billion.

Hence, he said the amount given to the DOH and PhilHealth should be P110.9 billion, after certain deductions are made.

Recto said the sin tax law was approved  on the promise that the collected taxes from sin products would be spent for health, which is why Congress could be expected to correct this.

“[The] government must redeem and not renege on this promissory note. Congress is duty-bound to rectify this mistake,” he said in a statement.

Recto also wondered if President Rodrigo Duterte knew the law, which he signed, was not being implemented properly.

Amid the criticism over the cutbacks in the health budget, Davao City Rep. Isidro Ungab said the committee finalizing amendments to next year’s spending bill had augmented the DOH budget by P200 million.

In a statement, Ungab said P100 million would be added to operating funds for the National Center for Mental Health and another P100 million to the quick response fund.

The P200 million was diverted from the allotted budget for the proposed Sangguniang Kabataan and barangay elections, as the House was poised to push for their postponement.

As  vaccine-preventable diseases like measles and polio make a comeback, DOH medical specialist Anthony Calibo told the Senate health committee on Sept. 24 that the department’s immunization program was understaffed.

Polio vaccinations in the capital plunged from just over 77 percent of the target numbers in 2016 to below 24 percent in June, making the metropolis of 13 million a high-risk area for the re-emergence of polio, a health department statement said.

The highly infectious virus, which can cause paralysis and even death and has no cure, has been detected in Manila sewage, the department earlier said, blaming poor sanitary practices.

The government’s immunization programs were marred in 2017 by a dengue fever vaccine made by French drugmaker Sanofi Pasteur which some Philippine officials linked to the deaths of at least three children. Health officials say many parents became scared about immunizations but they have worked to restore public trust in vaccines since then.

A global effort to eradicate the disease has slashed infections from more than 350,000 cases in 1988 to just 33 last year, according to World Health Organization data. Only Afghanistan, Nigeria and Pakistan have failed to stop transmission.

Health authorities said the virus that struck the Philippines this year was a mutation of a weakened strain present in the oral polio vaccine, which is used in most of the world to control the disease.

The low vaccine coverage allows the virus to find a new human host, they said.

Polio is a virus that attacks the nervous system and can cause irreversible paralysis within hours of infection. Children under five are the most vulnerable, but polio can be prevented with vaccination.

The last known case of wild polio virus in the Philippines was in 1993, the WHO said

The DOH defended on Thursday its decision to declare a polio outbreak after Sen. Ronald “Bato” dela Rosa alleged that outbreaks of diseases could be the handiwork of pharmaceutical companies to make profit.