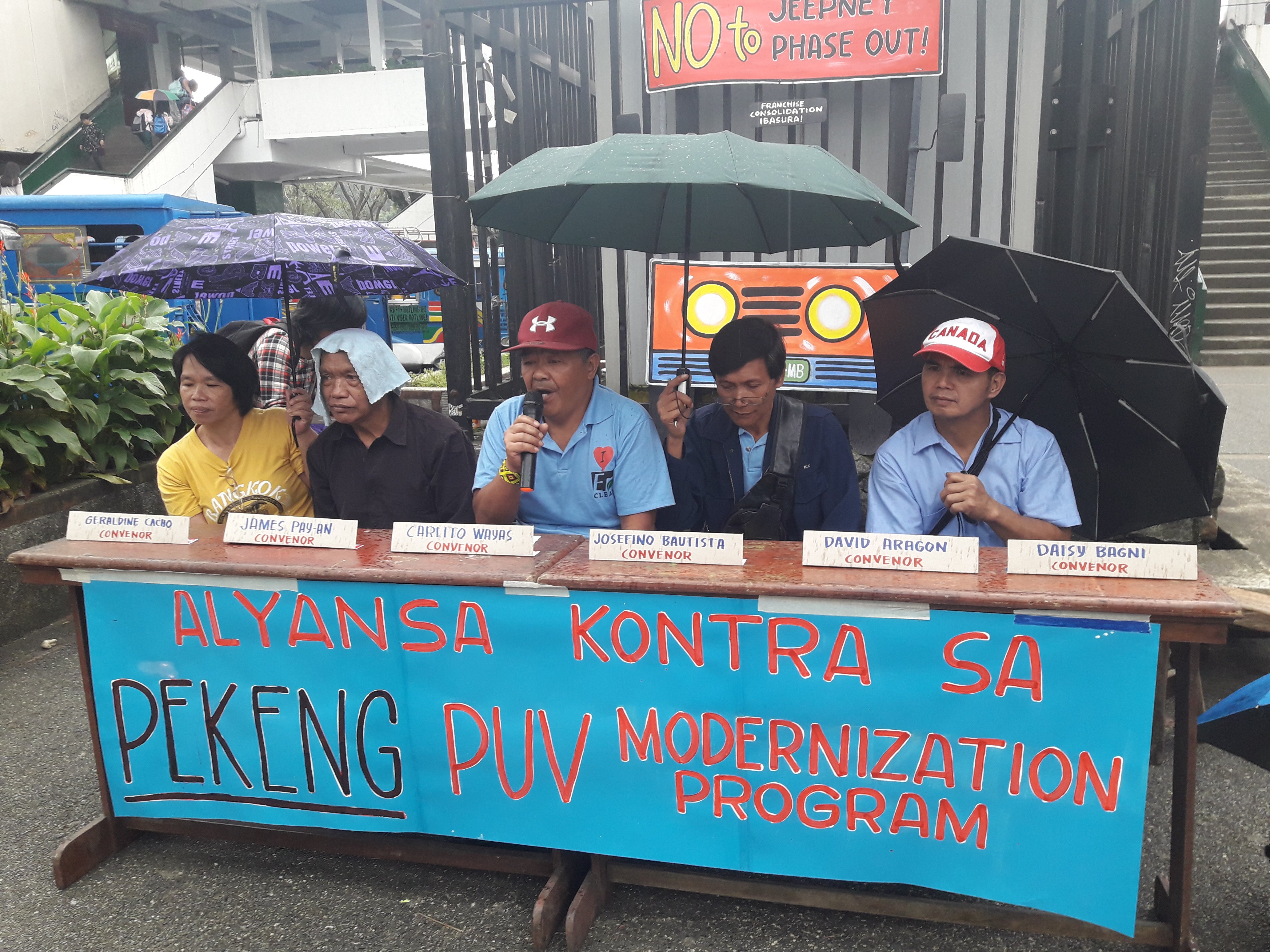 Leaders of groups of jeepney drivers and operators in Benguet hold a press conference in Baguio City to announce their participation in a nationwide transport strike on Sept. 30. PHOTO BY KIMBERLIE QUITASOL

BAGUIO CITY–Leaders of groups of jeepney drivers and operators here on Thursday, Sept. 26, said they will join the nationwide protest against an ongoing government program to phase out old jeepney models and replace these with new, more expensive ones.

Josefino Bautista, a jeepney group leader here, said their participation in the Sept. 30 transport strike was a sign of support for other groups opposing the proposed phaseout of jeepneys by 2020.

“Please understand that we are not doing this just for our sake but for [commuters] as well,” Bautista said.

Bautista said the government’s modernization program will replace jeepneys with coasters that are more expensive, which will result in fare increase.

David Aragon, of the Association of Drivers and Operators in Benguet, urged all drivers, operators and commuters here and across the country to join the protest action on Monday “to keep their only source of livelihood.”

According to Carlito Wayas, of Piston Metro Baguio, instead of forcing drivers and operators to buy expensive vehicles that are not built for road conditions in the country, “what is doable is to rehabilitate existing jeepney units to address smoke belching.”