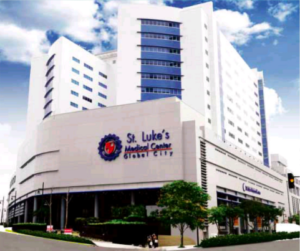 MANILA, Philippines — A labor union at St. Luke’s Medical Center filed a notice of strike on Thursday after the management of the high-end hospital in Taguig City allegedly ignored government’s order to allow employees to elect their representative in the collective bargaining negotiations.

“Our right to democratically elect a union that shall represent our interests as employees have been violated by our very own employers when they chose to negotiate with the representatives of AFW despite being prohibited by labor laws,” Sherwin Moscosa, president of the independent union, said in a statement.

The Department of Labor and Employment (DOLE) issued an order last July 22, instructing the employees to hold a certification election to determine their rightful representative at the bargaining table.

The order was challenged by the incumbent union.

Moscosa said the management “willfully” engaged in “unfair labor practice” which he said was a “strikeable issue” under the labor code.

He cited Article 256 of the Labor Code, which he said prohibits the AFW and the hospital management to conduct negotiations “when there is a legitimate petition to question the majority status of the incumbent bargaining agent.”

Under the country’s labor code, a certification election “is a process of determining through secret ballot the sole and exclusive bargaining agent (SEBA) of all the employees in an appropriate bargaining unit for the purpose of collective bargaining.”