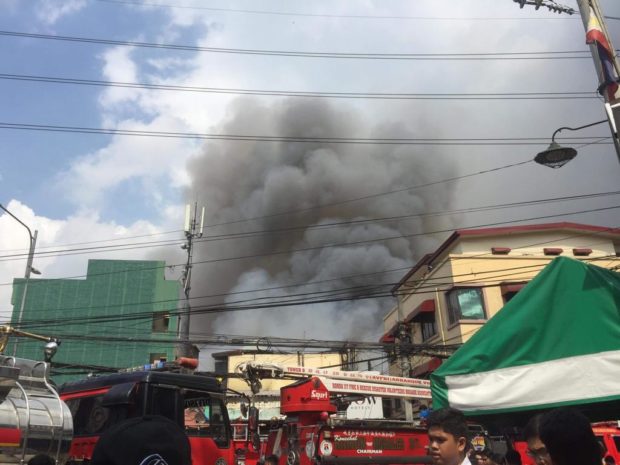 MANILA, Philippines — Adamson University suspended the classes in all levels on Thursday after a fire that reached fifth alarm hit a residential area near the university in Manila.

“Fire in the neighborhood of Zobel and Sylvia is on the 5th alarm. For the safety of our students, classes in all levels are already suspended today, September 26. We are asking our employees to stay until 5 PM,” the university said on its official Facebook page.

Fire in the neighborhood of Zobel and Sylvia has been controlled. For the safety of our students, classes in all levels…

According to Manila Public Information Office, the blaze at Sylvia Street corner San Marcelino Street in Ermita was raised to fifth alarm at around 12 noon.

In a tweet, the Manila Public Information Office (PIO) said the university opened its doors for victims of the incident.

The Adamson University opened its gates to fire victims and first responders this afternoon.#AlertoManileno pic.twitter.com/5VlOJ7sSin