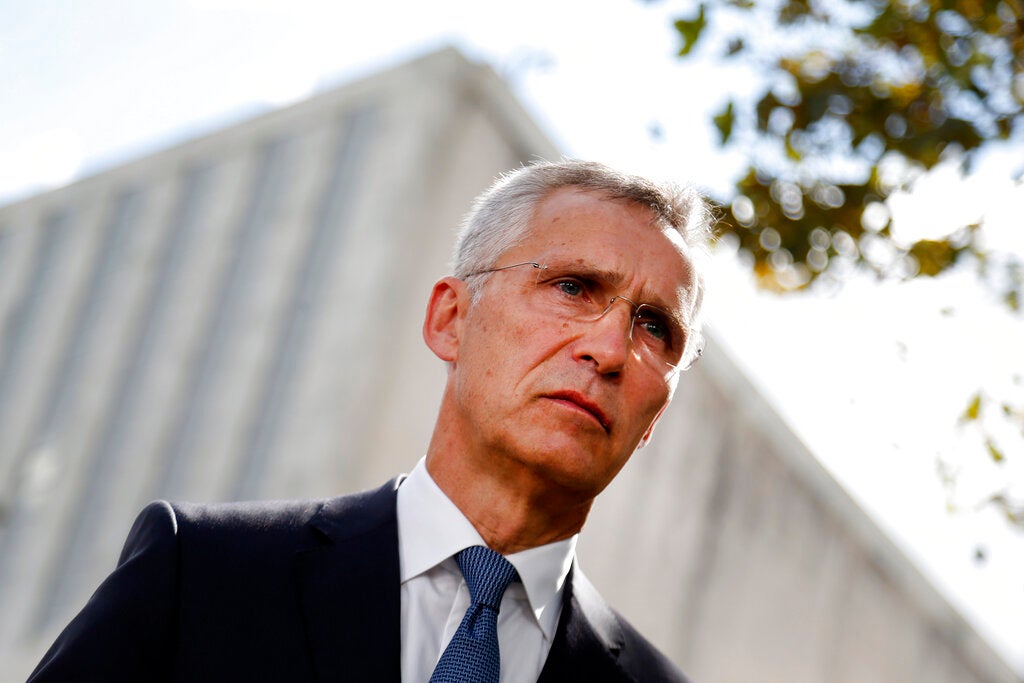 UNITED NATIONS — While some world leaders championed national self-interest and decried globalism, NATO’s secretary-general said Tuesday that the case for the alliance is only growing stronger.

“In times of uncertainty, in times of unpredictability, then I think we need even stronger international institutions like NATO,” Jens Stoltenberg told The Associated Press in an interview outside the U.N. General Assembly.

He spoke after the diplomatic world’s premier annual forum opened with U.N. Secretary-General Antonio Guterres portraying a fractious, uneasy world at risk of cleaving into two poles of power: China and the United States.

U.S. President Donald Trump — the leader of NATO’s most influential member — soon followed with a speech declaring that “the future does not belong to globalists.” He touted the might of the U.S. military and reiterated a call for allies to pay “their fair share of the tremendous defense burden which the United States has borne in the past.”

His remarks echoed complaints he has repeatedly made about the other 28 NATO members’ defense spending.

Stoltenberg pointed to benefits the U.S. gets from the 70-year-old military and political alliance, whose full name is the North Atlantic Treaty Organization.

NATO countries’ defense spending dropped after the end of the Cold War, but members agreed to boost it again after Russia’s 2014 annexation of Ukraine’s Crimean Peninsula. Members pledged to “move toward” spending 2% of their gross domestic product on defense by 2024.

The U.S. already spends about 3.4%. Trump has sharply criticized others as falling short, and Stoltenberg has credited the U.S. president with spurring spending increases.

By next year, the allies will have added $100 billion to their defense budgets since his 2016 election, according to Stoltenberg.

“I think that many allies, especially those allies who already spend 2% or more on defense, would like a higher pace,” he acknowledged Tuesday, but “we have seen a significant shift.”

“We’d like to see even more rapid progress, but it is a momentum change that has happened,” he added.

While many speakers at the General Assembly generally celebrate international cooperation, some — Trump among them — tend to emphasize national independence and cast globalism as a threat to autonomy. As Trump put it Tuesday, “If you want freedom, take pride in your country.”

But to Stoltenberg, “there is no contradiction between national sovereignty and strong international institutions.”

“Actually, I believe it’s the other way ’round,” he said. “We need strong international institutions to protect the sovereignty of different nations and to address common challenges.”