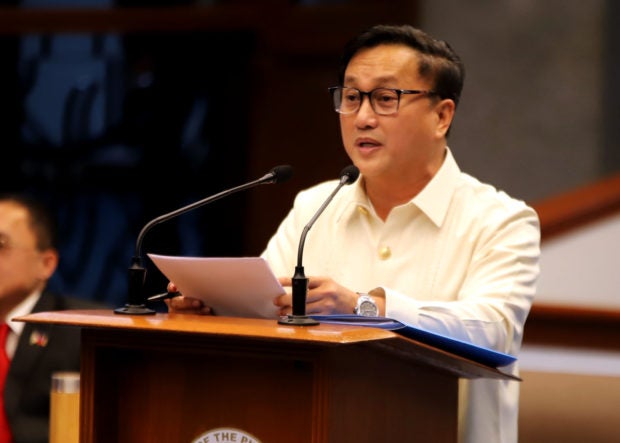 MANILA, Philippines — All funds intended for the housing sector should be consolidated and included in the yearly budget proposal of the Department of Housing Settlements and Urban Development (DHSUD).

Senator Francis Tolentino raised this proposal on Tuesday during the Senate budget hearing for the DHSUD’s 2020 budget.

It was revealed during the hearing that there are funds intended for housing that are lodged in the budget of different agencies, particularly in the Department of Transportation (DOTr), Department of Public Works and Highways (DPWH), and the Department of the Interior and Local Government (DILG).

National Housing Authority (NHA) General Manager Marcelino Escalada Jr. said that these funds are not an increase in the Housing budget but are treated as “trust funds given for a specific purpose.”

“We do not treat that as an increase in funding, it is even an additional task on the part of the NHA over and above the targets as well as our goals for the year,” he said.

He explained that the said funds can only be accessed by the Housing department through a memorandum of agreement between specific government agencies.

Tolentino proposed that the funds for the Housing sector lodged in other different agencies be consolidated and included under the DHSUD budget for purposes of “administrative efficiency and accountability, and accounting purposes.”

Senate Minority Leader Franklin Drilon expressed support on Tolentino’s proposal, adding that the move to consolidate the funds will result in “better accountability” and that the Congress will “know the budget support for the housing sector.”

“Right now, when you’re asked how much is government support to housing sector, maghahanap pa tayo sa iba’t ibang ahensya (we will be searching in other government agencies),” Drilon said.

“I would suggest that if it will cater to housing concerns, it will be lodged to the department [DHSUD], the Department of Budget and Management should capture all these [funds] and give it to [the] department,” he said. /jpv