Eleazar said he ordered the relief from their posts of Cpl. Eugine Ybasco, Cpl. Jayson Monsales, both assigned at the Las Piñas City Police Community Precinct 3 (PCP-3) and SSgt. Danny Cerbito of PCP-2. 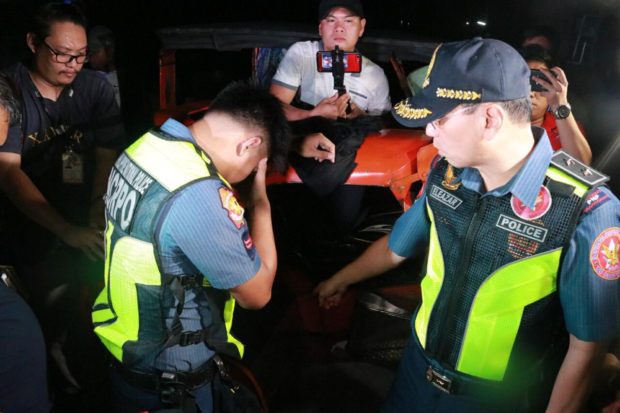 He said he spotted Ybasco and Monsales, both mobile patrol officers sleeping while their patrol car was on standby along Alabang- Zapote Road in Barangay Pamplona Dos.

Upon nearing the PCP-2, he said he saw Cerbito also snoozing while on duty as a desk officer.

Eleazar said he confiscated the service firearms of the three police officers, who will face administrative cases for neglect of duty.   /gsg