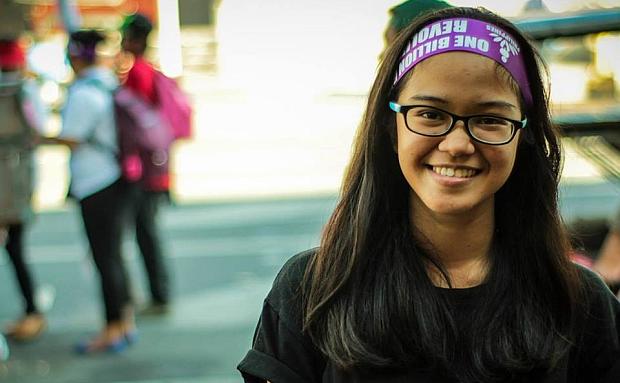 LUCENA CITY, Philippines – The camp of youth activist Alexandrea Pacalda announced that it will be filing a habeas corpus petition before the Supreme Court for her immediate release from inside a military camp in Quezon province.

“Family and legal counsel of Alexandrea Pacalda will file a habeas corpus petition at the Supreme Court to push for her release,” Karapatan said in a media advisory a copy of which was sent to Inquirer on Sunday.

The petition will be filed at 10 a.m. Monday.

Meanwhile, Pacalda remains under the custody of the Army’s 201st Infantry Brigade, based in Calauag town.

Habeas corpus is a legal recourse that can be used to report and secure the release of a person who is being unlawfully detained.

She said that Pacalda’s case still has no probable cause, “that’s why there are no charges filed in court”.

“And it has been eight days already that she is detained at the 201st IB camp. Despite demands by Alexa’s family, the military refuses to turn her over to her father,” Taule said in an online interview.

She argued that her client’s continued stay in the military camp “is downright illegal and against the law, and the military is in fact committing the crime of arbitrary detention.”

“It’s sad that it was Alexa’s father who encouraged her to avail of surrender. He also signed the affidavit at the MPS (municipal police station), obviously without any coercion, and now he changed his mind,” Cana said.

On Saturday, the military slapped Pacalda with criminal charges before the Provincial Prosecutors Office at the Regional Trial Court here in Lucena City.

However, Cana declared that the military is still open to accept Pacalda as communist rebel returnee despite the filing of criminal charges against her.

“That is why they are saying that they are still open for Alexa to surrender despite the latter’s strong stand that she did not and will not and have no reason to surrender,” the lawyer said.

Pacalda has been staying inside the Army’s camp since Sept. 14 after her supposed voluntary surrender in Barangay Magsaysay in General Luna town as an alleged NPA member operating in Quezon.

Cana disclosed that Pacalda was captured by Army soldiers in Barangay Magsaysay in General Luna town on the same day.

But Pacalda — a former campus journalist from a local university in Lucena City — herself in a short video message refuted the military report and denied that she had surrendered.