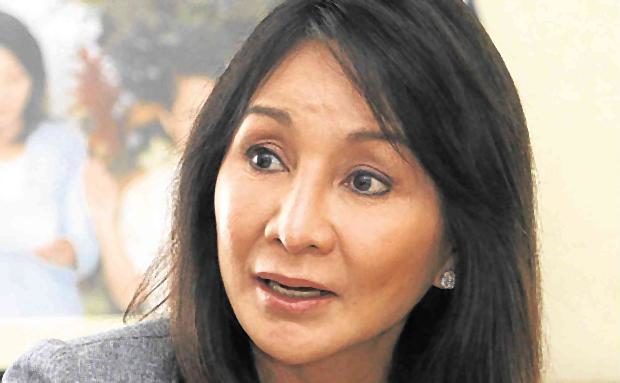 CEBU CITY – Cebu Gov. Gwendolyn Garcia stood her ground in prohibiting the entry into her province of pork and pork-related products from Luzon despite the appeal of Agriculture Secretary William Dar.

The governor admitted that she was “overreacting” to the crisis.

“I say guilty as charged. But you see when it comes to the interest of the province and the Cebuanos, I would rather overreact. If we must err, we must err on the side of caution,” Garcia said in a press conference on Saturday.

Last Friday, Dar said Cebu’s decision to ban all pork products from Luzon due to ASF infestation was an overreaction to the crisis and might disrupt interregional trade.

Garcia said she understood Dar’s sentiments but said she was merely protecting the interest of her constituents whose hog industry was threatened by the presence of African swine fever (ASF).

She said the continued “underreacting” of the Department of Agriculture could be “very, very dangerous.”

The hog industry in Cebu generates thousands of jobs and is valued at P10 billion annually.

There are several commercial pork processing plants in Cebu as well as hog raisers whose products include the famous Cebu lechon.

“Yes, I understand that you must look into the national interest because that is your role as secretary, but please also understand that my role as governor binds me to the general welfare of this province, and I must first and foremost, make it my priority — the interest of the province of Cebu,” Garcia said.

She cited the general welfare clause of the Local Government Code as the basis for her Executive Order No. 16 which prohibits the entry of pork, live hog, and other pork-related products that came from Luzon within 100 days.

When she issued the EO last Sept. 18, supermarkets and grocery stores in Cebu voluntarily pulled out from its shelves all pork products manufactured in Luzon. Similar products from all other areas have regulated entry into Cebu.

Garcia said the 100-day ban might be lifted only when they could clearly see that the ASF had been “really, really contained.”