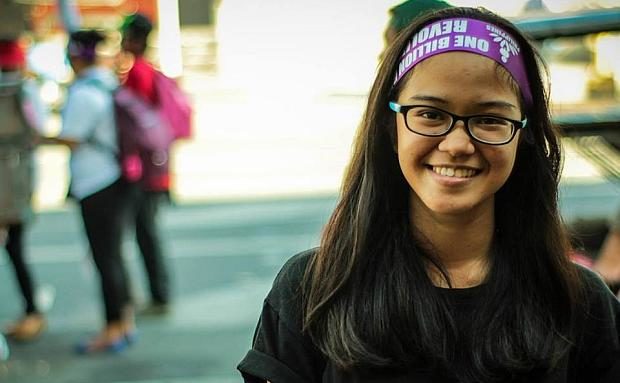 “We can still accept her as a rebel returnee. There are others who already have an arrest warrant, others were fugitives but now they are reaping benefits under E-Clip and at the same time helping us to end this deception by the enemies,” Cana said in an online interview Sunday.

Under the E-Clip, the reintegration program of the government, the communist rebels returning to the fold of the law may avail of livelihood, medical, educational, housing, and legal assistance from the government.

On Saturday, the military slapped Pacalda with criminal charges before the Regional Trial Court in Lucena City.

After the filing of cases, Cana said Pacalda will still remain under the custody of the Army’s 201st Infantry Brigade based in Calauag town.

“It is still status quo. We’re waiting for the court order,” Cana said

While still under the military custody, Pacalda will continue to undergo “surrender proceedings,” according to Cana.

The process includes “her identification by other former rebels, where and when they together during encounters with government forces, what is her position in the armed group and what has she been doing.”

Cana said the procedures aim to establish her New People’s Army (NPA) membership to make her qualify as a surrenderer.

Pacalda was met at the court by her father and brother accompanied by leftist activists who demanded her immediate release.

Human rights group Karapatan said Pacalda was an active member of the College Editors Guild of the Philippines and Gabriela Youth.

But the military presented several pictures and videos showing Pacalda holding a rifle and in the company of NPA rebels inside a guerilla camp.

Lawyer Maria Sol Taule, Pacalda’s counsel, strongly assailed the filing of “trumped-up case of illegal possession of firearms and explosives after they failed to shake Alexa’s spirit to force her to surrender.”

“If Alexa really committed a crime, they should have filed charges against her on the day of her arrest on September 14,” Taule said on her Facebook post after the filing of criminal cases against her client.

She added: “But they did not, and it was only after seven days when they decided to charge her, because they wanted Alexa and her family to join families who despise progressive organizations and activists and parrot the military’s red-tagging narrative through constant interrogation and showing of insincere goodwill.

“Sorry, you cannot buy Alexa’s family nor break Alexa’s principles. She will always be a brave woman and youth who stands for the people,” Taule said.

Pacalda has been staying inside the Army’s camp since Sept. 14 after her supposed voluntary surrender in Barangay Magsaysay in General Luna town as an alleged NPA member operating in Quezon.

Cana said it was Pacalda’s father who encouraged her to apply for surrender.

But Pacalda — a former campus journalist from a local university in Lucena City — herself in a short video message refuted the military report and denied that she had surrendered. /je