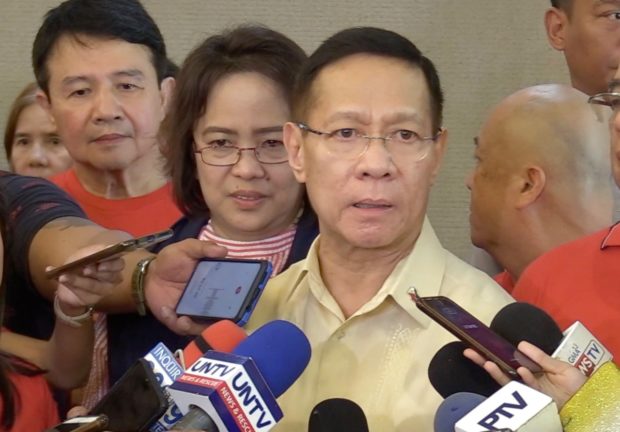 MANILA, Philippines — One of the reasons for the re-emergence of polio in the country was due to the vaccine scare caused by the controversy on the use of dengue serum Dengvaxia, Health Secretary Francisco Duque III said Friday.

In an interview during the launch of “End Polio Now” campaign in Quezon City, the Department of Health (DOH) chief noted that there are “multifactorial” causes for the prevailing polio epidemic in the country but, “Number one, of course ‘yung scare ng Dengvaxia [vaccine], the anti-vaxxers also, misinformation.”

He also cited “generally poor environmental sanitation and hygiene” as another reason for polio’s reemergence.

On Thursday, DOH confirmed that the potentially deadly infectious disease is back in the country nearly two decades after the World Health Organization (WHO) declared the Philippines polio-free.

It said it has verified the presence of the virus in samples taken from sewage in Manila and waterways in Davao, as one case was proven in a 3-year-old girl in Lanao del Sur.

Duque enjoined the public, especially parents, to teach children proper handwashing, which could prevent polio and other diseases like cholera and hepatitis, among others.

According to him, “virus is quite easily neutralized at a temperature of 31 degrees centigrade and higher,” stressing the significance of handwashing.