3 dead in fire at Wisconsin group home for mentally disabled 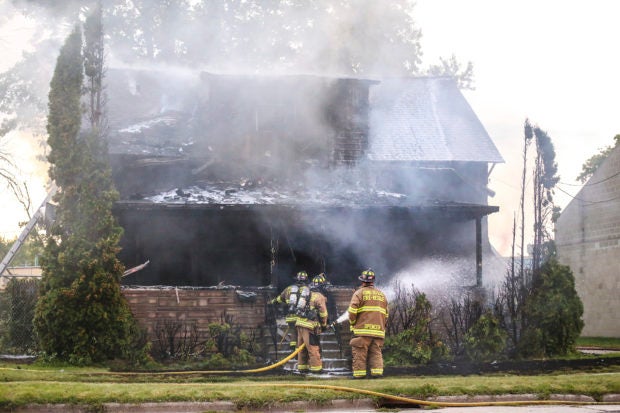 Two residents escaped the fire, which started about 6 a.m. at the Fond du Lac group home, while three others were found dead on the second floor, fire officials said. The residents who escaped alerted firefighters that others were still inside, according to Fond du Lac Fire Chief Peter O’Leary.

“We don’t know yet what transpired that they couldn’t get out. We look at smoke alarms, make sure they were working. Did they have a plan (to escape)? Did they know what to do?” O’Leary said.

The home is for adults who can care for themselves, but have cognitive disabilities, officials said.

“These people live independently. That’s part of what they do and I applaud them. I applaud people… given these types of situations. They’re trying to do the best they can with the cards they’re dealt. And I think these people here live great lives and it’s just an unfortunate awful tragedy today that we woke up to,” O’Leary said.

The first victim was found not long after the fire broke out. Fire officials confirmed several hours later that two additional victims were found.

The bodies remained in the house early Thursday afternoon as investigators worked inside to determine the origin and cause of the fire.

O’Leary said firefighters encountered a large amount of fire and smoke when they arrived on scene and went room-to-room using a ladder to the second floor on the outside of the house. The victims were not immediately identified and fire officials didn’t identify the owners of the house, who were on the scene.

According to Fond du Lac community development director Dyann Benson and county records, Paul and Julie Thelen own the home, the Fond du Lac Reporter said. O’Leary said the house is rented out for people with cognitive disabilities to live in a group setting. Benson said as a four-unit home, the house was not regulated by the city, and a spokeswoman for the Wisconsin Department of Health Services said the agency also did not regulate it.

A man answering a phone listed for Paul Thelen in Fond du Lac hung up on an Associated Press reporter on Thursday.

A team of about 10 investigators will begin searching the cause of the fire, which was believed to have started on a porch. /gsg