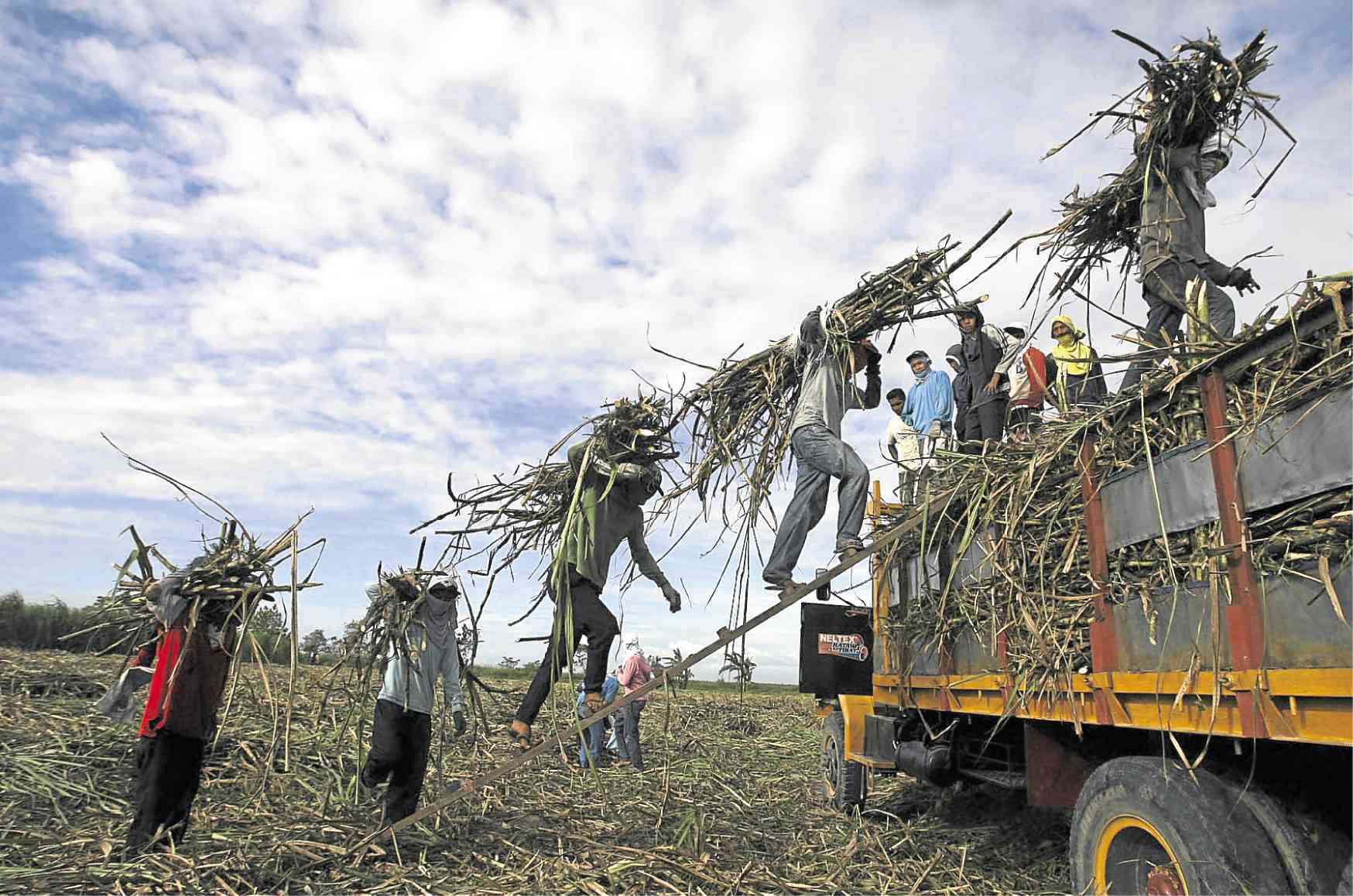 Farmworkers and tillers at Hacienda Luisita are now owners of agricultural land in the 6,452-hectare sugar estate formerly controlled by the Cojuangco family in Tarlac province, thanks to the government’s agrarian reform program. —LYN RILLON

Speaking at the decommissioning of the arms and forces of revolutionary groups in Capiz, Duterte called the supposed exemption of the Cojuangco-owned sugar estate as the “fly in the ointment” of Aquino’s land reform initiative.

“The law says that there will be land reform, although Cory inexempt niya ‘yung lupa niya. ‘Yun, that was the fly in the ointment. ‘Yun ang nagka-leche doon,” Duterte said.

The President has been vocal about his objection to the exemption of Hacienda Luisita from the coverage of the Comprehensive Agrarian Reform Program.

Dutertte recently branded it as the “greatest aberration” of the land reform program.

Aquino has made land reform as the centerpiece of her administration’s social legislative agenda but her family background became a lightning rod of criticisms against her program.