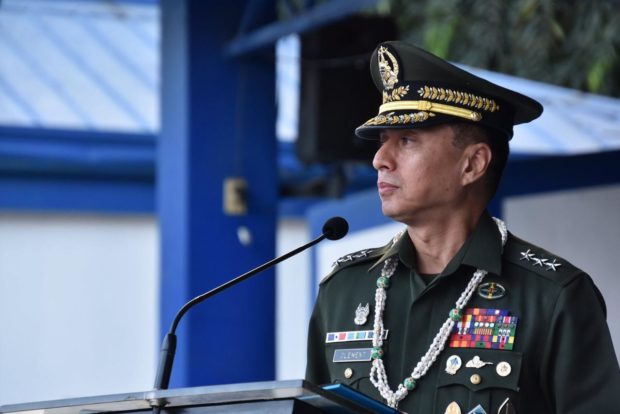 Central Command chief Lt. Gen. Noel Clement is the next chief of staff of the Armed Forces of the Philippines, according to Defense Sec. Delfin Lorenzana. /Police Regional Office 7 Facebook page

MANILA, Philippines — Lt. Gen. Noel Clement is the next chief of staff of the Armed Forces of the Philippines (AFP), according to Defense Secretary Delfin Lorenzana.

“Meron nang lumabas — si Noel Clement. We are awaiting formal docs from the Palace,” he told INQUIRER.net on Thursday.

Clement, the current commander of Cebu-based Central Command (Centcom), would be the sixth AFP chief under Duterte. He is set to replace Gen. Benjamin Madrigal Jr., who will retire next week as he reaches the mandatory retirement age of 56.

He belongs to the Philippine Military Academy “Sandiwa” Class of 1985, the same batch as his predecessors Madrigal and retired AFP chief Carlito Galvez Jr.

Before his stint as Centcom commander, he led the Army’s 10th Infantry Division, which oversees parts of Soccskargen and Davao region, the hometown of Duterte.

He also served as deputy chief of staff for operations; commander of 602nd Brigade; commanding officer of 56th Infantry Battalion; and worked with the Presidential Security Group in his younger years.

Clement was also one of the officers tagged in the disappearance of activist Jonas Burgos in 2007 but was later cleared by investigating authorities.