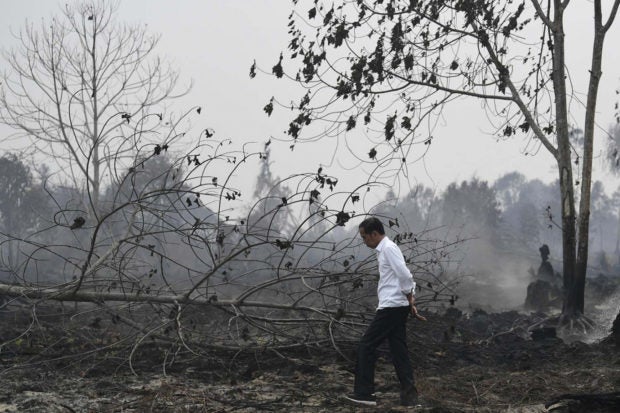 JAKARTA — Many foreign tourists who booked travel packages to Indonesia have reportedly cancelled their plans because of forest fires in Kalimantan and Riau, according to a report published by tempo.co on Wednesday.

The head of the Tourism Ministry’s Tourism Crisis Center, Guntur Sakti, told tempo.co that foreign tourists from Malaysia and Singapore had scrapped their plans to visit the archipelago because of the still raging forest fires.

“There’s a report from Riau, for instance, that a Malaysian group comprising 31 people had cancelled their trip to Indonesia,” said Guntur on Wednesday.

Other travelers from Singapore have also reportedly cancelled plans to visit Riau, with their packages having cost Rp 50 million ($3,551).

A group of 18 Malaysian golfers also postponed their trip to the archipelago, which is said to represent a loss of Rp 75 million.

“Two guests from Sri Lanka have also cancelled their plans to explore Riau,” said Guntur, adding that the potential value of the visit was about $1,400.

A loss of up to Rp 580 million already disbursed as down payments and sound-check fees was suffered by a concert promoter in the Alam Mayang Tourism Park in Pekanbaru, Riau.

According to Guntur, the forest fires might also lead the regional administration to temporarily close tourist attractions around the affected areas.

The ministry is currently still calculating the losses faced by tourism players across the six provinces affected by smog from the forest fires.

Guntur encouraged tourists who happen to be in the region to monitor official updates related to the forest fires. He also advised travelers who had already made plans to visit Riau to choose other Indonesian destinations instead.