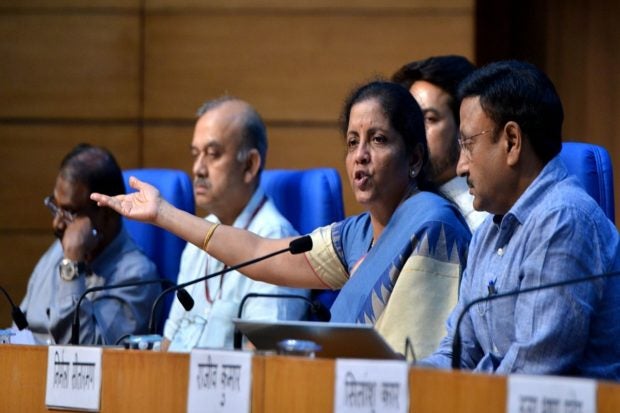 NEW DELHI — The Union Government of India on Wednesday banned production and sale of e-cigarettes stating that the habit has affected youth the most.

Making the announcement at a press conference, Union Finance Minister Nirmala Sitharaman said: “The Union Cabinet has given the approval to ban e-cigarettes. It means the production, manufacturing, import/export, transport, sale, distribution, storage and advertising related to e-cigarettes are banned.”

Sitharaman cited health reasons behind the banning of e-cigarettes. She said the decision was taken so that the Government could take early action with regards to the health of people”.

E-cigarettes or “vaping” cigarettes are often marketed as a harmless product to help quit smoking. It does not burn tobacco but heats the liquid chemicals into a vapor or steam that a person inhales. This is the reason it is also called vaping. They are considered harmful to health.

The Health Ministry had earlier proposed to make production, manufacturing, import, export, transport, sale, distribution or advertisements of e-cigarettes a cognizable offence. Besides fines, the offense could land one in jail for up to three years. The draft ordinance also makes storage of e-cigarettes punishable with jail term up to 6 months and a fine or both.

The Prohibition of E-cigarettes Ordinance, 2019, was recently examined by a Group of Ministers (GoM) following directions from the Prime Minister’s Office.

Following the announcement, shares of cigarette companies have soared.