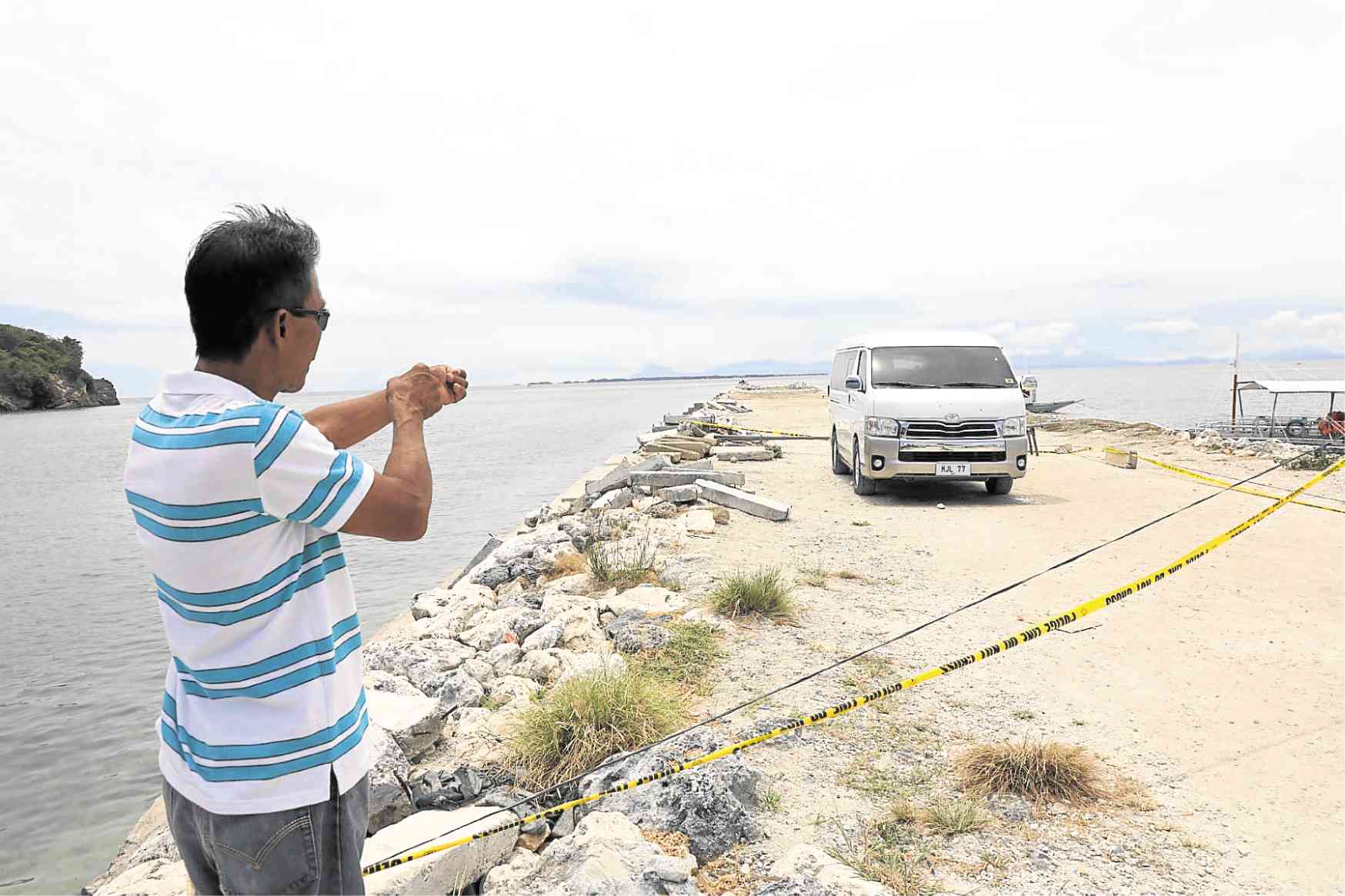 SLAY PLOT A witness demonstrates how gunmen attacked the van of former Mayor Vicente Loot in an assassination attempt in May. —TONEE DESPOJO / CEBU DAILY NEWS

MANILA, Philippines — President Rodrigo Duterte did not order a hit on former Mayor Vicente Loot of Daanbantayan, Cebu, he was just not that proficient in Filipino, according to Malacañang.

Presidential spokesperson Salvador Panelo made the clarification on Wednesday after the President uttered a remark that seemingly admitted to the ambush on Loot, a former police general whom he had linked to the illegal drug trade.

Any confusion was due to the President’s lack of proficiency in Filipino, Panelo said.

“Let us be clear and categorical: The President did not order the ambush of General Loot. It is silly and absurd to conclude that [the President] is behind the ambush just because he misspeaks the [F]ilipino language which is not his native tongue or first language,” Panelo said in a statement.

In a speech on Tuesday evening, the President appeared to admit that he had ordered the May 2018 attack on Loot.

Loot and his family survived the attack at the port in Daanbantayan.

The President has been publicly cursing at Loot since naming him among the officials allegedly involved in the drug trade.

[I ambushed you, you animal, but you’re still alive.]

On Wednesday, Panelo explained that what the President intended to say was “Inambush ka na, buhay ka pa.”

[You were ambushed, you’re still alive.]

“‘Inambush kita, buhay ka pa’ is uttered by a Bisaya President who is not proficient in Filipino, the vernacular language used in the capital city of Manila and in most areas in Luzon,” he said.

He said the President used “You were ambushed, and you’re still alive” in his previous speeches when he talked about Loot.

Be careful just the same

“The Filipino nation by this time is already familiar and used to the language of the President who invariably uses a mixture of English, Bisaya (Cebuano dialect) and [F]ilipino in communicating with the nation,” he added.

But Loot should take precautions, regardless of whether the President was joking or not, Sen. Panfilo Lacson said on Wednesday.

“Joke or not, Mayor Loot would be better off minding his physical security 24/7,” Lacson said.

Sen. Risa Hontiveros scoffed at the explanation of Panelo, whom she called the “Duterte translator.”

“But something is ‘lost in translation.’ And what is lost is the truth,” she added.

Sen. Christopher Lawrence “Bong” Go, who served as Mr. Duterte’s aide for over two decades, defended his former boss, saying it was unlikely for the President to order Loot’s killing and admit it publicly.

“You may be a governor or mayor, but if you get involved in illegal drugs, there’s a risk. I’m telling you. I’ve known the President for the past 21 years,” he said, adding: “It may be true or not, but that’s a warning to all, not just for local officials. So take care of yourselves.”

Senate President Vicente Sotto III said Mr. Duterte could not be held criminally liable even if he had indeed ordered the attack on Loot.

“The Constitution so provides. The President is immune from any suit, right? It’s just that,” Sotto said. —With a report from Marlon Ramos