Duterte: Pasig River can no longer be cleaned 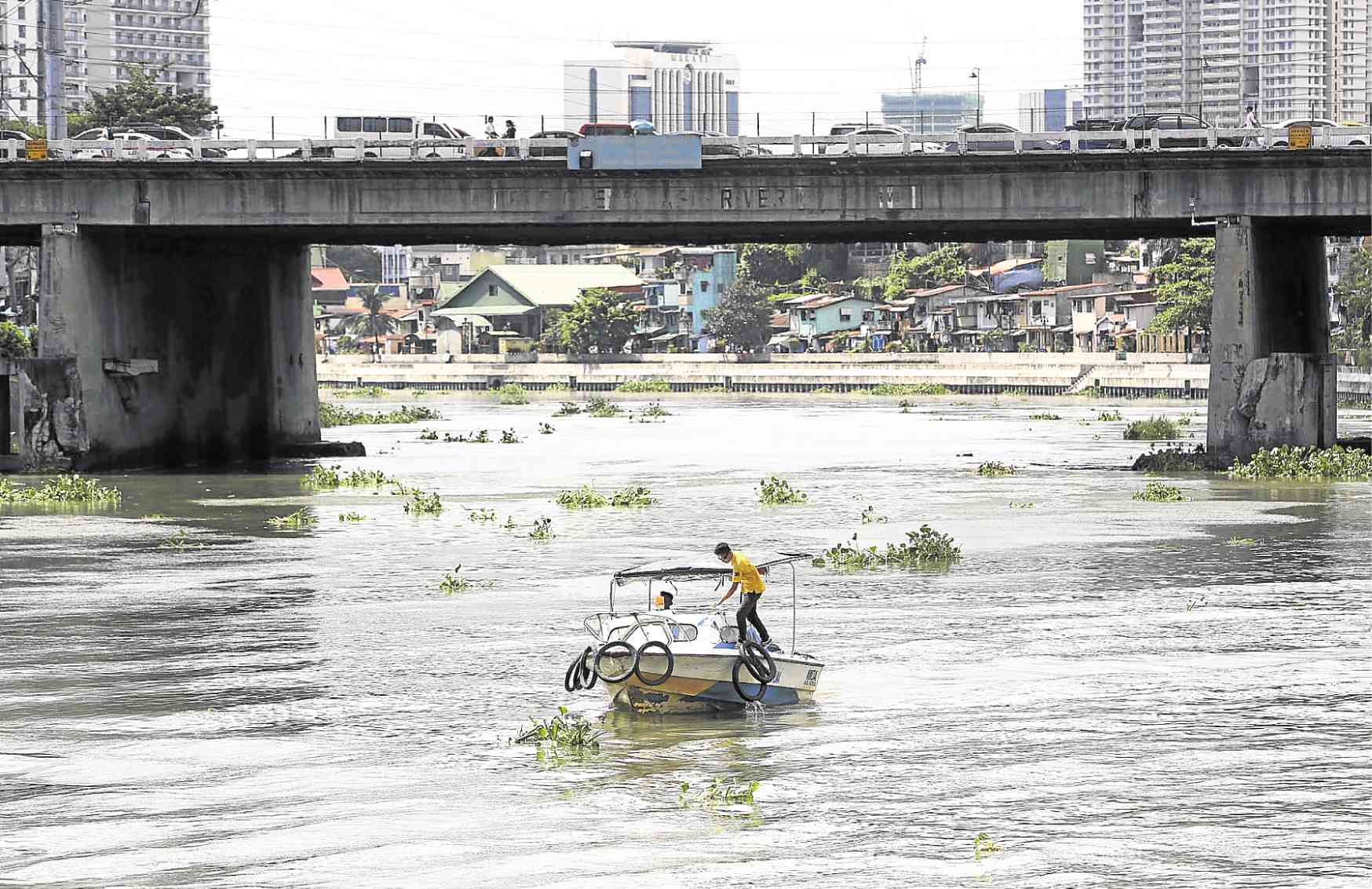 MANILA, Philippines — Saying the Pasig River was “uncleanable,” President Duterte said on Tuesday that he was thinking of “removing” the Pasig River Rehabilitation Commission (PRRC), the body tasked to revive and clean the major waterway.

“That Pasig, you can no longer clean it because we don’t have any zoning,” Mr. Duterte told new government appointees who had just taken their oath at Malacañang.

He added: “Over the years, the waste of factories and houses all go into the Pasig River. How can you clean that?”

The President then said he would remove the PRRC and transfer it to the Department of Environment and Natural Resources (DENR) headed by Secretary Roy Cimatu.

It was not clear, however, whether he intended to dissolve the agency or merely transfer its functions to the DENR.

Earlier this month, the President issued Executive Order 90 transferring the chairship of the PRRC from the budget secretary to Cimatu.

A week later, this was followed by the President’s firing of Jose Antonio Goitia as PRRC executive director over allegations of corruption.

The PRRC was created by former President Joseph Estrada in January 1998 to rehabilitate the 27-kilometer Pasig River.

The major waterway, which links Laguna de Bay to Manila Bay, runs through the cities of Manila, Makati, Mandaluyong, Pasig, Taguig and the municipality of Pateros in Metro Manila and Taytay in Rizal province.

Last year, the PRRC’s efforts to revive the once biologically dead river were recognized during the 21st International River Symposium held in Australia.

“[The] PRRC and its partners’ river restoration and management efforts have effectively brought the Pasig River back to life. These efforts have included delivering quality projects, programs, activities, and advocacies in easement recovery, riverbank development, waste and water quality management, and public awareness,” the International River Foundation said.

In Mr. Duterte’s speech on Tuesday night, he stressed the need to overhaul the entire city by building new cities outside and reducing the urban population.

He also jested that the Pasig River was teeming with fish and that one could have a pail full of tilapia after fishing for just 30 minutes.

The President joked that he sometimes took a dip in the river whenever he was in Malacañang.

“Me, I’m just near the Pasig River. Sometimes I take a bath there if I want bacteria in my body to help me become immune (to it),” he said.