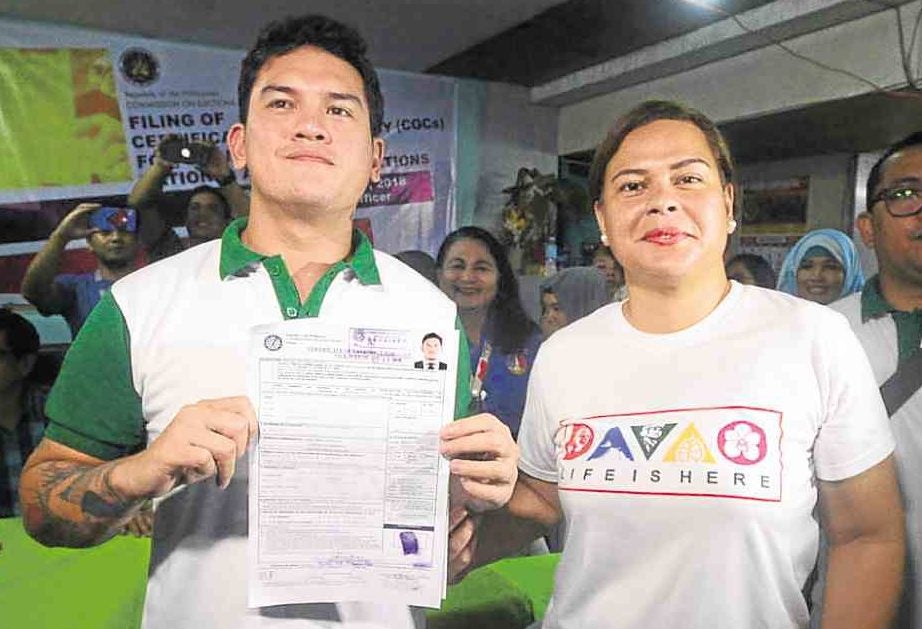 DAVAO CITY, Davao del Sur, Philippines — Vice Mayor Sebastian Duterte has alerted the public against people who claim to represent him, many of them ordering food in restaurants here and using his name to avoid paying for these purchases.

The vice mayor, son of President Rodrigo Duterte, issued the statement after several restaurants, which he did not name, called his office informing him of the practice.

“It’s unfortunate that a number of restaurants have fallen victim to individuals  pull[ing] off some pranks [and] using my name,” the vice mayor said.

He urged the public to be “constantly wary” and be cautious in dealing with people who were claiming to represent him, urging them to call the police if they sensed something suspicious.

On Sunday, Mayor Sara Duterte, the vice mayor’s sister, told the public not to heed rumors that she had been given a hand in the appointment of at least three posts in the Bangsamoro Autonomous Region in Muslim Mindanao.

The mayor said that because of these “rumors,” several people had approached her for endorsement.

“I categorically deny this and wish to reiterate that my authority is only within the area of Davao City as mandated by the Local Government Code,” she said.

Mayor Duterte, one of the leaders of the regional party Hugpong ng Pagbabago, said she also had no authority or power over appointments for other national government positions. —Germelina Lacorte