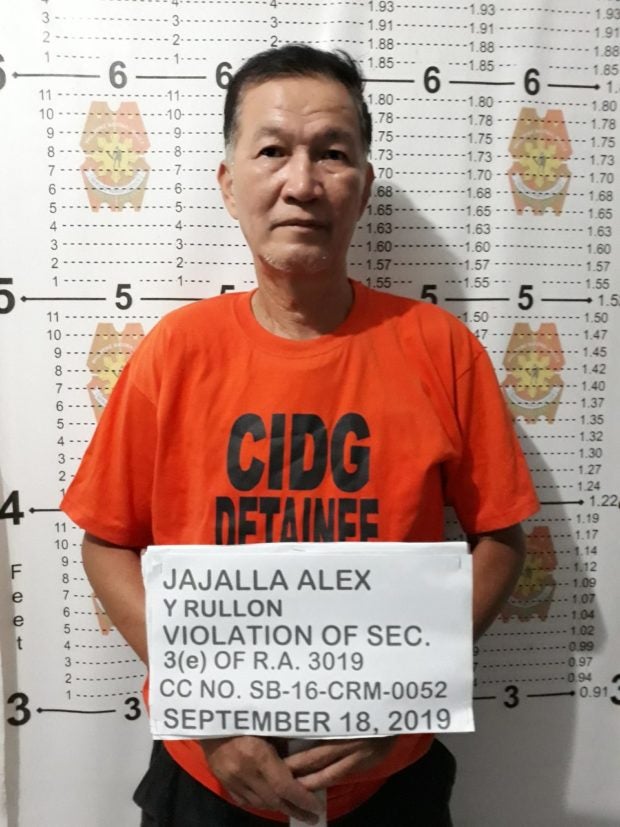 A report from the Criminal Investigation and Detection Group (CIDG) said operatives of CIDG Regional Field Unit 10, Mahinog police station and Camiguin Police Provincial Office served the arrest warrant against Jajalla at Barangay Hubangon in Mahinog at around 6 p.m.

In October 2018, the Sandiganbayan ruled that Jajalla violated the Republic Act of 3019 or Anti-Graft and Corrupt Practices Act after he granted his brother, Misael Rullon, a leave with pay for six months.

The former mayor was brought to Mahinog police for documentation and temporary detention before turning him over to Sandiganbayan. /je