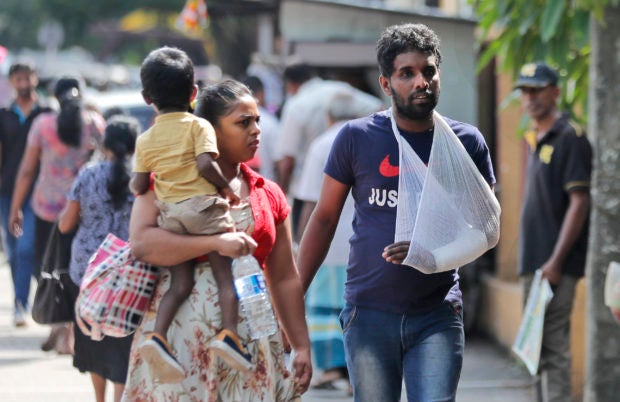 Sri Lankans walk past the National Hospital during a day long token strike by the members of Government Medical Officers Association in Colombo, Sri Lanka, Wednesday, Sept. 18, 2019. The trade union action is to demand the government resolve salary anomalies faced by the doctors serving at state-run hospitals. (AP Photo/Eranga Jayawardena)

COLOMBO, Sri Lanka — Doctors at state-run hospitals across Sri Lanka has staged a strike, demanding that the government resolve what they say is a salary “injustice.”

Dr. Haritha Aluthge, secretary of the Government Medical Officers Association, said that two years ago, the government gave an unusually high salary increase to legal and judicial officers in the government sector, “causing a severe injustice to the doctors and other professionals.”

He said, “For two years, we have been urging the government to rectify this anomaly, but so far no meaningful measures have been taken to resolve the injustice.”

Wednesday’s strike caused severe hardships to the thousands of patients who arrived at state-run hospitals, where doctors were providing only emergency treatment. /kga