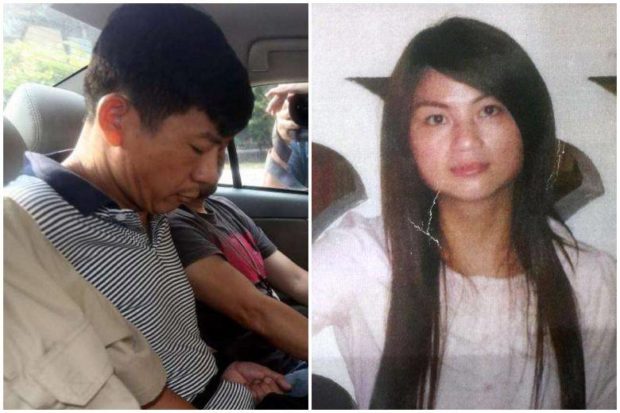 SINGAPORE — After strangling a 28-year-old nurse in a jealous rage, a middle-aged man took photos of her nude body and tried to have sex with the corpse.

Boh Soon Ho, a 51-year-old Malaysian, told himself that “since (the woman) has died and I have never seen her naked before, I should undress her”, the High Court heard on Wednesday (Sept 18), the first day of his murder trial.

The cafeteria worker has been charged with strangling Chinese national Zhang Huaxiang with a towel between 12:15 pm and about 5:50 pm on March 21,2016, in his rented Circuit Road bedroom. If convicted, he faces life imprisonment or the death penalty.

“This is a case of a murder driven by jealousy, rage and unrequited desire,” Deputy Public Prosecutor Wong Kok Weng said in his opening statement.

The DPP told the court that Boh considered Zhang to be his girlfriend as they went shopping and had meals together, even though they had never been physically intimate. Boh also bought her gifts.

The two got to know each other some time in 2011 or 2012, when Ms Zhang was working part time at the staff cafeteria at Marina Bay Sands resort while studying nursing. After graduating, she started working at the National University Hospital.

Days before the killing, on March 18, Boh saw Zhang getting into a taxi with a man after leaving her flat. He felt jealous and believed that she was cheating on him.

He then arranged for her to go over to his place for a steamboat lunch on March 21.

When he saw her combing her hair in his room, he tried to have sex with her but she rejected his advances, telling him “crazy, go away!” in Mandarin.

Ten minutes later, he again tried to force himself on her, putting an arm lock around her neck and dragging her into his room, but she put up a fierce struggle.

When he confronted her about the man who was with her, she told him that she had gone out with the man about four to five times.

She also told him that she was still communicating with her former boyfriend in China and that it had been normal for them to be intimate.

On hearing this, Boh became furious.

He took a bath towel, looped it around her neck and pulled for about two minutes until there was no sign of life.

He noticed that Zhang’s face had darkened as he carried her body to his bed.

Boh took off her clothes and still wanted to have sex with her as he felt he could do what he wished, now that she could no longer resist him. However, he was unable to perform sexually.

He then put her panties back on, covered the body with a blanket and proceeded to wash their clothes in the washing machine.

Boh then packed his clothes in preparation to leave Singapore, keeping Zhang’s phone and cash.

He sent a text message to his supervisor, saying that he was going back to Malaysia for a month, and phoned his landlord to say he would be vacating the bedroom within the next few days.

Boh then went to Geylang to buy a suitcase and returned to the flat.

He initially thought of putting the body in his own suitcase and dumping it in Sembawang but the body was too stiff. He considered dismembering it but did not do so.

Boh then spent the night sleeping alongside the body.

The next morning, on March 22, he put clothes on the body, covered it with a blanket and told the victim to rest in peace.

He then went out to meet a friend to sell off some items and also went to collect his salary.

At about 10:50 am, Boh returned to repack his clothes and the towel in his suitcase.

He then kissed the body on the forehead and left the lights and air-conditioner switched on.

He took a taxi to Woodlands Checkpoint and after clearing customs, took another taxi to his younger sister’s home in Malacca where he immediately confessed. She then found a rented room for him to stay.

That evening, his landlord in Singapore, Chai Yong Siong, saw a figure lying on Boh’s bed and assumed that his tenant was sleeping.

One hour later, after returning from dinner, Chai called out “hello, hello” and when there was no response, he pulled the blanket away. He called the police after finding the body.

The following morning, Chai received a call from Boh, who told him that he strangled Zhang and was in Kuala Lumpur.

Chai contacted the police and was briefed on what to expect should Boh call again.

The landlord also sent text messages to Boh’s Malaysian number – in the presence of a police officer. At about 2:40 pm, Boh called Chai and they spoke for about 10 minutes. The conversation was recorded by the police.

The landlord continued texting Boh over the next two weeks, while keeping the police informed about the exchanges.

On April 4, 2016, Boh was arrested by Malaysian police while he was having dinner at a restaurant. He was brought back to Singapore the next day.

A report from the Institute of Mental Health said Boh is not intellectually disabled and does not suffer from any mental disorder.

In statements to the police, he admitted strangling Zhang because he was furious with her and wanted to kill her.

Boh is defended by Eugene Thuraisingam.